PM : Safe Black Sea is a guarantee for a safe Euro Atlantic space 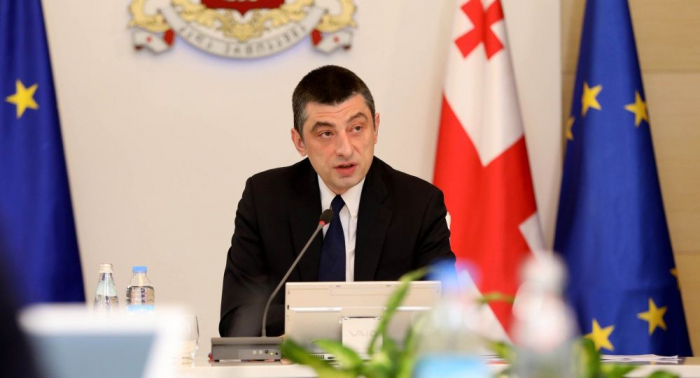 A firm relationship with NATO is the foundation of Georgia's foreign policy and its security, Georgian Prime Minister Giorgi Gakharia said during his speech at the NATO-Georgia Commission meeting in Batumi, Adjara region of Goorgia, on Thursday.

As the Prime Minister noted, the fifth visit of the North Atlantic Council to Georgia directly indicates NATO's support for Georgia.

“It is a great honor for me to host the North Atlantic Council in Georgia. This is the 5th visit of the North Atlantic Council to Georgia, which directly indicates NATO’s support for Georgia, for which I would like to thank you on behalf of the government of Georgia. I would also like to thank each NATO member state for supporting Georgia's territorial integrity and its independence within its internationally recognized borders and most importantly, for the development of our democratic institutions, "Giorgi Gakharia said.

According to the Prime Minister, at the Bucharest Summit in 2008, Georgia received a pledge that Georgia would become a NATO member state, and this pledge has become a stimulus for each citizen of Georgia.

"The visit of the North Atlantic Council to Batumi is symbolic one, because it has been just recently in the collaboration between Georgian and NATO we found a new space, which is related to the Black Sea security. We all understand that the safe Black Sea is a guarantee of a safe Euro-Atlantic area. Following the annexation of Crimea, Russia has been strengthened in the Black Sea area and, of course, NATO representation to the Black Sea is critically important. Colleagues, Georgia addressed NATO with the solicitation of membership after that Georgia has seen a serious advance, which was reaffirmed at the Bucharest Summit in 2008, when Georgia got a pledge from member states that Georgia was going to be the NATO member. This promise is a stimulus for every Georgian citizen, and we should all understand that Georgia’s membership is being supported by over 71 percent of the overall population, which is giving a serious firmness to our Euro-Atlantic aspirations, " the Prime Minister said.

As Giorgi Gakharia pointed out, NATO's open door policy is a guarantee of security in the region and will give hope to small nations, like Georgia.

“This year NATO is celebrating its 70 th years anniversary and the open door policy must be reaffirmed within this anniversary, which has one more time proved during recent years that this is the guaranty of safety in our region and it is giving hope to small nations, such as Georgia,” the Prime Minister said.

According to him, the example of Macedonia, which has passed a very hard path and which will soon become the 30 th member of NATO, is another hope for Georgia that its achievements, both in terms of democratization, military cooperation will be “appreciated and evaluated in the foreseeable future.”