Khazaradze’s lawyer about ‘threatening letter’ : It contains dozens of fingerprints on it 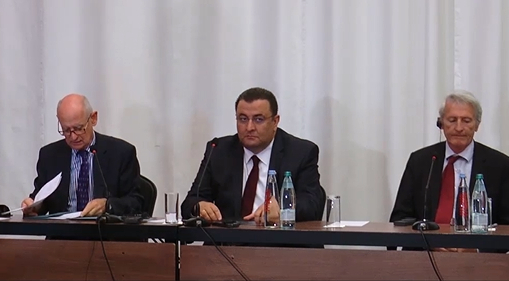 The examination has been conducted in UK and we have received a disk showing the examination results. Dozens of fingerprints have been found on it, Zviad Kordzadze, lawyer of TBC Bank co-founders, said at the meeting with the “Coalition of the Non-governmental Organizations”.

The lawyer explains that there were tens of fingerprints on the letters sent by Giorgi Gakharia to Mamuka Khazaradze. Zviad Kordzadze said he would submit the examination results to the Prosecutor’s Office.

“We will present this disc to the prosecutor's office. There are dozens of fingerprints on it. The investigation has to identify these fingerprints and then question these individuals and ask how their fingerprints have appeared here," Kordzadze said.