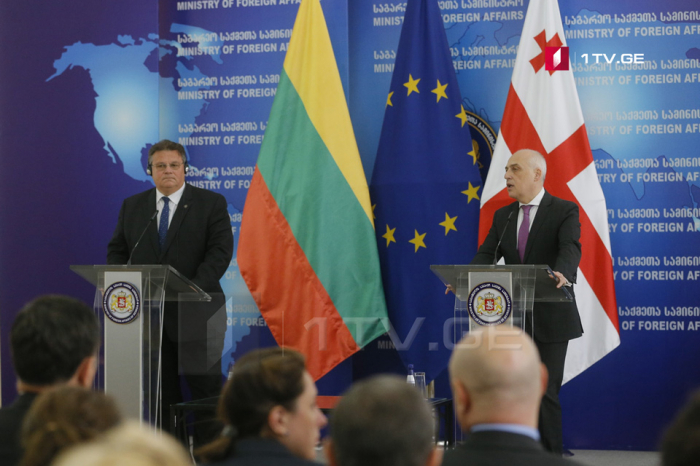 “I would like to strongly condemn all the actions related to the so-called elections and borderization. These actions are unacceptable and we condemn it”,- Minister of Foreign Affairs of Lithuania Linas Linkevicius said today. As he explained, Vilnius always expects a strong democracy inside the country.

“Relationship between our countries has grown even stronger. Along with condemning Russian aggression, we actively support Georgia`s actions towards UE integration. We always say that Georgia is a leader in this direction.

With regard to NATO, I can say that Georgia acts as a member of the Alliance, sends troops, shares risks, which will be very strong arguments in the future”, – Linas Linkevicius stated.