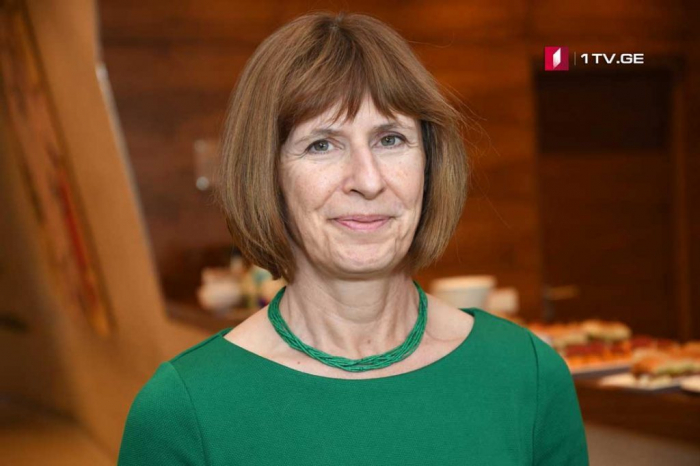 As Elizabeth Rood noted U.S. government is concerned by reports that Russian-backed de-facto authorities have resumed the installation of fencing at the village of Gugutiantkari, near the Administrative Boundary Line of the Russian-occupied Georgian territory of South Ossetia.

“This is a very negative development. It harms security in the region and divides the population.

We once again call upon to stop so-called “borderization” process and argue Russia to withdraw its forces from the occupied territories of Georgia and comply with the obligations under the 2008 ceasefire agreement”,  – Elizabeth Rood said.

In answer to the question why current authority does not raise the issue of occupation more urgently with the international as well as non-governmental organizations, Acting Ambassador said: “US and Georgia’s international partners, including the representatives of Geneva Talks, along with the Georgian government, are very actively involved in dealing with each challenge, caused by Russia’s occupation, among them is the  “borderization” problem. I advise Georgians to stand together, instead of criticizing one another, when facing such a difficult challenge”.