Irakli Gharibashvili: We will remove all artificial barriers so that the representative of the diaspora can easily get a Georgian passport 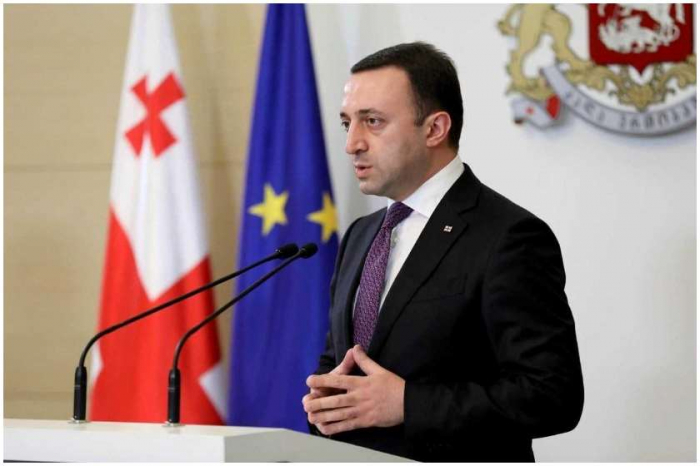 "We will remove all artificial barriers so that the representative of the diaspora can easily get a Georgian passport," said Prime Minister of Georgia Irakli Gharibashvili at the forum dedicated to the Diaspora Day - "Georgian Diaspora for the European future of Georgia."

On the instructions of the Prime Minister, the Ministry of Justice has started working and the relevant bill will be submitted to the Parliament in September.

"Welcome, Mrs. President, Mr. Speaker of Parliament, representatives of the Patriarchate, Members of the Government and Parliament, dear compatriots! Dear representatives of the diaspora, I welcome everyone with great respect, with great love! I would like to congratulate everyone on Independence Day. We are all obliged, as a state, as a government, to do our utmost to strengthen the connection that exists between the diaspora and the state, to make it more effective, and most importantly, it must be result-oriented.

I understand very well the emotions of the representatives of our diaspora. When I was a student, while studying in France, I personally experienced the life of our diaspora, and I understand very well the difficulties that the representatives of our diaspora have. I would like to focus on a few things that I have observed - there are a number of small unresolved issues that would greatly simplify the procedures for our diaspora. We discussed one of the specific cases with Mr. Rati Bregadze, when a representative of the diaspora returned to Georgia voluntarily and wanted to get a Georgian passport, but due to a small grammatical error, the Georgian patriot could not get a passport. I talked about this with Mr. Rati. We both agree that this can be remedied. On my instructions, the Ministry of Justice has started working. The relevant bill will be submitted to the Parliament in September and we will remove all the artificially created barriers so that the representative of the diaspora can easily get Georgian passports," said the Prime Minister.

As the head of the Government noted, Georgia has many successful and brilliant representatives of the diaspora and young people should know about them.

"The President spoke about the initiative, the idea of ​​ensuring the involvement of diaspora representatives in Georgian politics, and I would like to note that the Salome Zurabishvili herself, who is a great representative of the diaspora, returned to Georgia and we elected her as our President. Of course, this is very symbolic," said Gharibashvili.