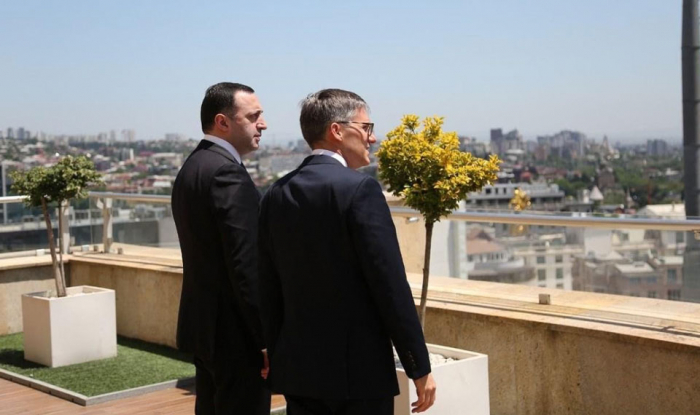 In his Tweet, Chollet Derek said, “We welcome Georgia’s active support in multilateral efforts to call out Russian aggression and to support the people of Ukraine.”

Dignitaries discussed the strategic partnership and prospects of future cooperation between the two nations. It was noted that within the partnership spanning for 30 years already, Georgia is a good example of a country empowered with unwavering support of the USA and assistance rendered to the democratic institutions of the country, capacity building in the defense and economic development, the government said.

Discussion was related to the issues of regional security. Attention was paid at the meeting to the military activities currently witnessed in Ukraine. It was noted that Georgia continues to support Ukraine both at the political level – inter alia within the international formats, as well as humanitarian aid.

Significance and strengthening of democratic institutions on the path of European and Euro-Atlantic integration was highlighted at the meeting. It was noted that authorities of the country assign special importance to US cooperation within this process, the government noted.

Earlier, the US official held a meeting with representatives of Georgian non-governmental organisations, the opposition and civil society representative.