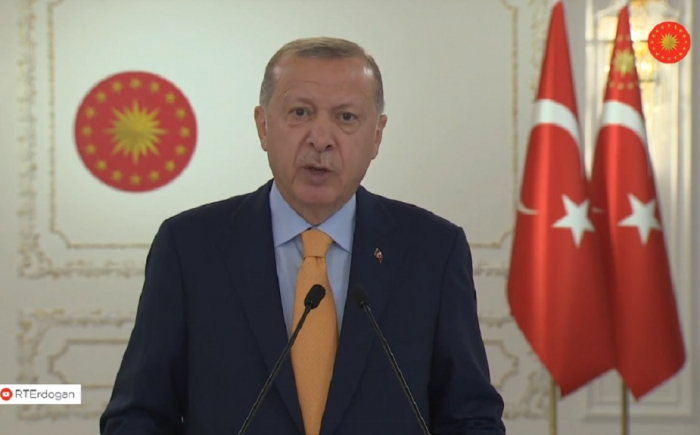 Due to the coronavirus pandemic, the 75th-anniversary session of the UN General Assembly was held in a fundamentally new, "online" video format. Nevertheless, all the heads of state, speaking at the session in their limited time and regulations, tried to convey to the world community the most fundamental and important points. Including the countries that excite them, as well as their friends.

For such a small country as Georgia, the support of the leading countries of the world and the region means a lot. Especially in light of the still unresolved major problems for the Georgian statehood, the occupation of about 20% of the territory of Georgia, and the expulsion of over 300 thousand Georgian refugees from their homes.

Supporting the restoration of the country's territorial integrity and the return of Georgian refugees is the most important assistance that Georgia expects from its neighbors and the international community.

Therefore, it was of great importance that, speaking at the video session of the UN General Assembly, Turkish President Recep Tayyip Erdogan especially emphasized his country's support for the territorial integrity of both Azerbaijan and Georgia:

“We support the settlement of conflicts in the region, especially the Nagorno-Karabakh conflict, as soon as possible. Turkey supports the solution of the issues of territorial integrity and sovereignty of Azerbaijan and Georgia within the framework of the UN and OSCE resolutions, ”Turkish President Recep Tayyip Erdogan said.

At the same time, according to the President of Turkey, it is Armenia that is the biggest obstacle on the way to peace and stability in the South Caucasus.

This speech by Recep Tayyip Erdogan is unprecedented and shows how friendly Turkey is, supporting Georgia in matters of principle for it. This is despite the fact that Turkey is also Georgia's main foreign trade partner and invests in projects that are of strategic importance for the Georgian economy and the future of the Georgian state, primarily in the transit of energy resources through Georgia to Europe.

Not a single leader of a European country, apart from Turkey, has mentioned the need to restore the territorial integrity of Georgia within the framework of the current anniversary session of the UN General Assembly. On the contrary, some of Georgia's neighbors are doing everything to separate the primordial Georgian lands from our country, to legitimize the already carried out ethnic cleansing of the Georgian population, and to organize new ones, to appropriate Georgian relics throughout Georgia. And this is not only the Russian occupying Georgian lands but also Armenia, which is the main sponsor of separatism in the South Caucasus and in general in the pro-Soviet space.

Let us also remind that at the UN General Assembly, for many years, Armenia has consistently opposed the return of Georgian refugees to Abkhazia and the Tskhinvali region, essentially supporting separatism and dismemberment of Georgia. This is despite the fact that Yerevan is trying to set fire to new centers of separatism on Georgian territory, primarily in Samtskhe-Javakheti.

Practically all those actions of official Yerevan are somehow hostile to Georgia. What is worth only his actual "recognition" of the so-called "independence" of the separatist regimes in Tskhinvali and Sukhumi through the puppet separatist NKR created in the occupied Azerbaijani territories, more than regular trips of separatist delegations from Abkhazia and the Tskhinvali region through Yerevan to occupied Khankendi. In the Armenian and pro-Armenian media the thesis about the "common struggle" of the peoples of "Abkhazia," South Ossetia "and" Artsakh "for the so-called" independence "is emphasized in every possible way. Even a kind of “commonwealth of unrecognized states” was created under the auspices of Yerevan, which, in addition to the aforementioned separatist regimes, includes Moldovan Transnistria.

It is the Armenian lobby that seeks to ensure that the policy of such a power as Russia is aimed at supporting separatism. In particular, the Armenian nationalist Sergei Lavrov (Kalantarov), who holds the post of Minister of Foreign Affairs of the Russian Federation, is doing a lot in this direction.

Recep Tayyip Erdogan's current speech at the 75th session of the UN General Assembly once again shows who is Georgia's friend and who is ill-wisher. Unfortunately, the propaganda of the "fifth column" inside Georgia is trying with all its might to neutralize all the positive, the real assistance that Turkey provides to the Georgian state. But even these propagandists have nothing to come up with "to counterbalance" the real Turkish support for Georgia, because on the other hand, on the part of Yerevan and Moscow, which fulfills the wishes of Yerevan politicians, for decades Georgia knew nothing but hostile actions towards itself.