Mobilisation - genocide of the "non-Russian" population of the Russian Federation. Russian Georgians must be rescued and urgently repatriated to Georgia! 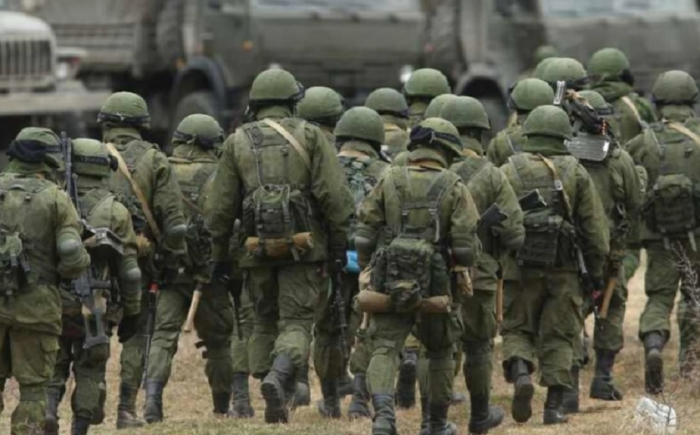 The "partial" mobilisation announced in the Russian Federation has in reality become total and means that a significant part of the male population has been sent "to the slaughter" in Ukraine. In addition, there is a huge difference in "graveyard mobilisation" in terms of regions. Although residents of Moscow and St. Petersburg are most afraid of being sent to war, but in terms of percentage they are called up for military service least of all and the city authorities have been "from above" minimum plans on the number of people to be mobilized.

On the other hand, military registration and enlistment offices are rampant in "national" republics, especially in the North Caucasus, "taking in" almost all male population. Dagestan, Buryatia and Tuva, which already suffered huge losses in Ukraine during the autumn months of the war, are almost "getting rid" of the male population. Plans are often made to release more men than there are actually men in the various districts. The local police are literally being coached to "identify evaders" and mobilize as many men as possible. Those who fail to meet the plan are promised to be taken to the front instead of the "missing".

In Dagestan, the total mobilisation of the entire male population, including representatives of small indigenous peoples, has already led to protests that have been harshly suppressed by the authorities. This has temporarily had an effect, as the Kremlin has instructed that the total mobilisation be temporarily suspended, but that the initiators of the protests be more actively "identified". Patriots of their own people who try to prevent genocide are universally declared "Ukrainian agents". Propaganda declares them "traitors to Russia", allegedly "receiving instructions directly from Kiev. There is no doubt that once the activists of the protest movement are neutralized (hundreds of people who opposed the mobilization have already been arrested), the sending of the male population of the indigenous peoples of the North Caucasus to Ukraine, to their certain deaths, will unfold with redoubled force.

What awaits these people at the front can be guessed from the information published on the "General-SVR" telegram channel:

"The leadership of the military bloc reports to Russian President Vladimir Putin on the results of the first six days of mobilisation. Despite numerous problems, according to the leadership of the defence ministry, the mobilisation is going well. More than THIRTY THOUSAND of those drafted are heading straight to the occupied territories, or have already arrived there. There is no question of any training for these people. In all, of the 500,000 people it is planned to call up before the New Year, no more than 60,000, i.e. slightly more than 10%, will be trained during the three months. All information from the Russian defence ministry to a wide audience, other than the report to the president, is unequivocally FALSE. It was Putin who, in announcing the mobilisation, demanded instant effect from the Russian Ministry of Defence and the General Staff of the Armed Forces. No education and military training for all the mobilised was planned from the beginning. Both Putin and the leadership of the military bloc are well aware that by transferring untrained and unprepared, and in many cases poorly equipped people to the front they condemn them to death. Among other things Putin is demanding an urgent reinforcement of the grouping in the Kherson region on the right bank of the Dnieper river at the expense of the mobilised men, which has caused an almost open protest in the General Staff, where speakers have told Putin several times that this is an almost impossible and pointless task, but the president insists on his position so far. Putin is indeed confident that with the number, even if untrained and poorly armed, of "mobiks" it is possible to achieve an intercept of the strategic initiative and to occupy the territories of the Donetsk, Luhansk, Zaporozhye and Kherson regions of Ukraine within their administrative borders, and even to develop an offensive on Kharkiv and Nikolaev, with the prospect of seizing the Odessa region. The number of corpses of Russian soldiers does not play a role in these plans of Putin. Putin personally, when discussing the plan to mobilize a million people by March next year, with the possibility of increasing it to two million and more, described casualties of three hundred to five hundred thousand as acceptable. Let us remind him once again that in the understanding of the President he has a mobilization human reserve of 25 million people, he does not care about 500 thousand dead bodies, for him it is 2% of the reserve. This is the logic of Russian President Vladimir Putin, who holds the entire country hostage".

The worst thing is that the majority of the 500,000 corpses "planned" by the Kremlin regime are supposed to be those of national minorities. There is no doubt that the number of Muscovites and residents of St. Petersburg who died at the front will be virtually nonexistent, and the majority will be natives of the North Caucasus and other "national" republics of the Russian Federation. Moreover, the Russian military command already has experience of "selectively sending members of national minorities to the slaughter".

Thus, in spite of the fact that the Russian authorities underestimate the number of deaths during the war in Ukraine at the beginning of September 2022, Dagestan and Buryatia accounted for most of the approximately 5.9 thousand "officially recognized" victims, and only 15 died from Moscow, although the residents of the capital make up almost 9% of the Russian population.

There can be no doubt that most of the 15 "Muscovites" who died had non-Russian surnames, and their registration was "Moscow" only. In reality, they were the same Dagestanis, Chechens, Tatars, etc.

The Russian Ministry of Defence underestimates its losses in Ukraine by more than a factor of 10. In reality, as of September 2022, at least 60 thousand Russian servicemen were killed, and the share of Dagestanis and Buryats among those killed was probably higher than according to the "official data". That is, each of the republics has already lost at least 4-5 thousand people.   Even more are those who will be crippled or disabled for the rest of their lives.

It should be reminded that these losses were without mobilization of more or less untrained servicemen. What will happen to the people who have never served in the army, who were mobilized "urgently", without any training, and sometimes without equipment, sent to the front line? And the number of those who do not even have experience of serving in the army and were thrown to the front from the mobilized in the national republics reaches 40%. These are potential "suicide bombers". It is therefore understandable why the national republics of the Russian Federation have such an attitude to the current mobilization.

The Kremlin authorities clearly intend to "recycle" in the current war in Ukraine also representatives of other national minorities with Russian passports. Including Russian Georgians, who are also being actively mobilized. A Georgian surname in today's Russia is a "verdict". Given such a perspective many Georgians with Russian citizenship are trying to leave Russia. But it is not easy to do, there are huge lines at the Upper Lars checkpoint. It is still possible to go to Kazakhstan, but to get from there to Georgia, people do not have funds, as the number of flights is limited and airfares are exorbitant. The Georgian government and public should take urgent measures to evacuate ethnic Georgians with Russian passports from Russia. We are talking about saving this part of the Georgian people, because it is obvious that they will be sent to their certain deaths in the Ukrainian war in the first place. We need to organize flights to Georgia for those Georgians who moved to Russia in the same Kazakhstan. It is also necessary to simplify the process of granting Georgian citizenship to such people.