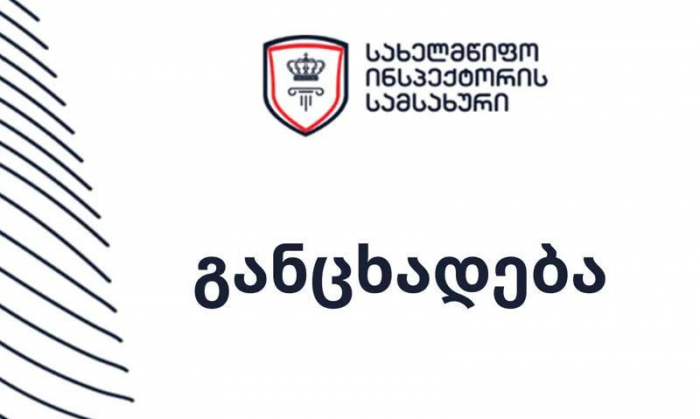 The State Inspector's Office has imposed administrative liability on the Ninotsminda boarding school for making public juvenile audio-video recordings in violation of the law.

According to the agency, the State Inspector's Office has studied the legality of publishing audio-video recordings of minor beneficiaries of Ninotsminda on "Facebook".

According to them, the audio-video recordings, which were publicly posted on the social network "Facebook" for about a month, accumulated tens of thousands of views, hundreds of comments and thousands of reactions. At the same time, any user of the social network had the opportunity to express their opinion on the audio-video recordings, share and copy these recordings on their own page.

According to the decision of the State Inspector, the boarding school was fined on the basis of the first paragraphs of Articles 44 and 53 of the Law of Georgia on Personal Data Protection for non-proportionate disclosure of juvenile data and non-compliance with the requirements of the State Inspector's Service.