Is Pashinyan stirring up the "Maidan" in Russia, which he is "calling for help"? 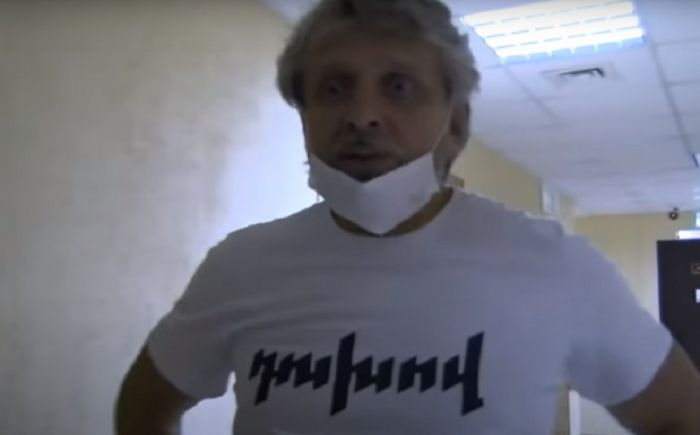 As you know, the most "hot" point in Russia today is Khabarovsk, where the population was formally outraged by the arrest and removal from power of the governor Sergei Furgal, and in fact, was dissatisfied with the current regime in the Russian Federation. With the omnipotence of the FSB and power structures, suppression of rights and freedoms, transcendental corruption.

In principle, even the fact that the demands of the protesters may be fair, one thing is obvious - the enemies of Russia, who literally dream of organizing a "Maidan" and a violent change of power, can take advantage of the protests.

In such a situation, those countries that are, as it were, considered "allies" of Russia should at least not interfere in its internal affairs. Moreover, those "allies" who have just hysterically called Russia for help and urged Russians to fight for their interests.

This is, first of all, about the Republic of Armenia, which, having carried out aggression against Azerbaijan in the Tovuz region and having learned to repulse, immediately began to demand that Russia defend it as an "ally in the CSTO." At the same time, requests for "urgent assistance" continue, especially against the backdrop of the Azerbaijani-Turkish military exercises. But at the same time, as it turns out, Pashinyan does nasty things to his “ally” and patron, Russia, and helps to inflate his revolutionary “Maidan”, the consequences of which can be unpredictable.

It became known that Russian law enforcement officers in Khabarovsk detained blogger Alexei Romanov, who covered the rallies on his YouTube channel, naturally in a provocative and extremely hostile manner to the current Russian government. Meanwhile, Romanov is also known as the “court blogger” of the current Armenian Prime Minister Nikol Pishinyan. He was in Armenia, covering the 2018 Maidan, which brought Pashinyan to power and subsequent events.

Romanov's reports and videos were very popular and attracted a lot of Russian-speaking Armenians in the diaspora to Pashinyan's side. Moreover, the same Aleksey Romanov, being an ethnic Russian, filmed videos discrediting the Russian military in Armenia (servicemen of 102 bases in Gyumri), the very ones whom Pashinyan is calling for help to fight for Armenian interests with Turkey and Azerbaijan.

And now, apparently, Pashinyan decided to send Alexei Romanov to Russia to raise a "revolution" there. Moreover, it is clearly provocative, because in Khabarovsk, during the entire time of the protests before Romanov, only one person was detained - the driver of a campaign car for violating traffic rules. It is symbolic that Romanov was detained in a T-shirt with an Armenian inscription դուխով or “spirits” (the word “spirits” - with an emphasis on the last syllable literally means “boldly”, “with fearlessness” was the slogan of the “revolution” that brought Pashinyan to power).

The most interesting thing is that on the eve of Romanov's arrest, the new acting the governor of the region, Mikhail Degtyarev, said that the protests in Khabarovsk were fueled by foreigners. According to the interim governor of the Khabarovsk Territory, the first rallies in support of the former head of the region had no organizers, but then “all known crooks”, including foreigners, including those from Georgia, joined the rallies.

It looks like Georgian phobia bordering on paranoia will destroy the current Russian government. They are "stabbed in the back" by their most "loyal allies" from the "outpost in the Caucasus", and they continue to look for the mythical "Georgian trace".

An administrative protocol was drawn up against blogger Alexei Romanov under Part 6.1 of Article 20.2 of the Administrative Code (participation in an uncoordinated action that interfered with the movement of pedestrians and vehicles). The offense is charged in connection with the action on July 11. That is, the day before Pashinyan's aggression in Tovuz, after which the Armenian prime minister began to demand "allied assistance" to Russia, his loyal blogger was stirring up unrest in Russia.

Pashnyan's Armenia, organizing military provocations with the aim of drawing Russia into the "big war", simultaneously sends "Maidan" provocateurs into Russia itself. Obviously, if there is a "Maidan" and unrest in Russia, at the same time a war for Armenian interests, it will destroy the country.

It seems that Russia was not taught anything by the experience of more than 100 years ago when the Dashnaks carried out revolutionary terror against the Russian government and dragged Russia into the First World War, which ended in disaster for the Russian Empire.