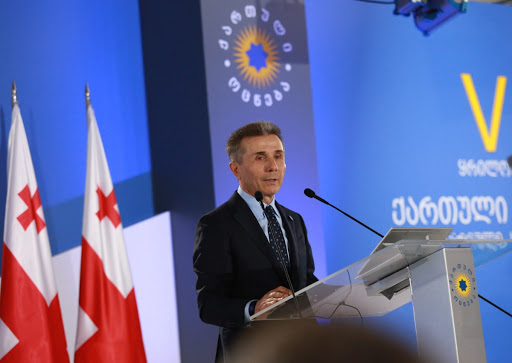 The head and the founder of the Georgian Dream ruling party Bidzina Ivanishvili has held an online meeting with NDI President Derek Mitchell and other senior officials of the American non-profit organization to discuss the pre-election environment in Georgia ahead of the October parliamentary elections.

The NDI is meeting with the ruling party, the opposition, Georgian NGOs, and media representatives before releasing its short report on the pre-election environment in Georgia.

In January 2020 the ruling party announced ‘deep discussions’ with then-NDI Georgia Director Laura Thornton as ‘there are questions regarding their polls which remain unanswered.’

US says NDI, IRI help strengthen Georgian democracy
The statement came after the polls released by NDI which showed ‘declined trust in the current Georgian government and state institutions.’

Ruling party MP Mamuka Mdinaradze named CRRC Georgia, which technically carries out NDIs polls in Georgia, as a possible reason as to why the 'polls are biased.’