US Ambassador to Georgia discusses electoral reform with Archil Talakvadze 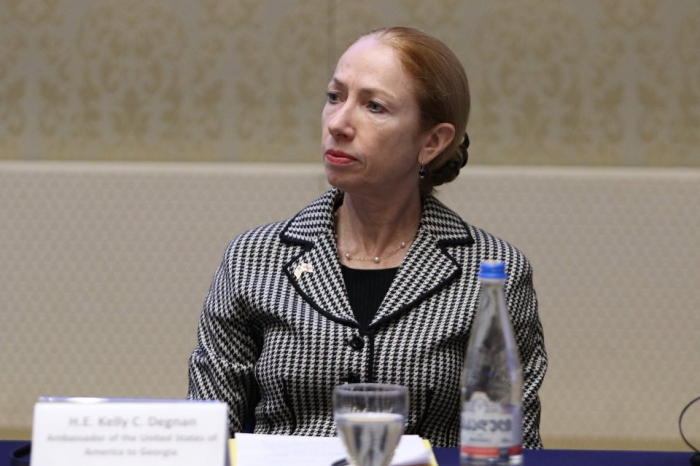 “We hope the parliament will approve the best version of the reform of the Electoral Code for the October elections,” The US Ambassador to Georgia Kelly C. Degnan said after the meeting both the Chairman of the Georgian Parliament Archil Talakvadze.

“This is a very important part of the legislation, which already contains some of ODIHR recommendations. We have discussed the additional conditions that would have created a more free, fair, credible and transparent electoral environment for October,” Kelly Degnan said.