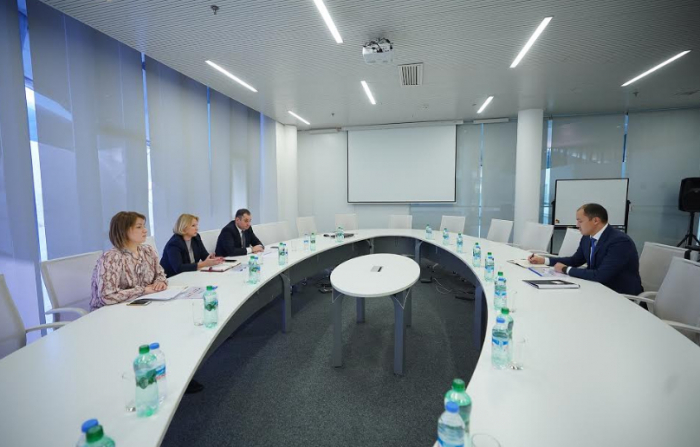 Georgian Minister of Economy and Sustainable Development Natia Turnava has held a meeting with the new Secretary-General of TRACECA, Aset Asavbayev.

TRACECA is an international transport program involving the European Union and 12 member States of the Eastern European, Caucasian, and Central Asian regions.

The parties discussed Georgia's participation in the TRACECA program as well as the collaboration prospects.

Turnava provided Aset Asavbayev with information about Georgia's current and planned economic reforms and decisions made by the government on the improvement of transport-logistic possibilities.

The parties highlighted the project of the digitalization of the Georgian transport hub.

According to Natia Turnava, the project will significantly support increasing the competitiveness and attractiveness of the corridor that will connect China and Europe.

The parties agreed on the deepening of collaboration.