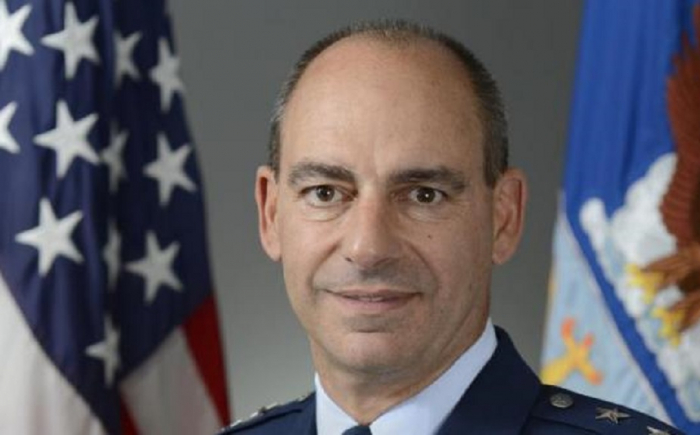 The fact that Armenian nationalists, having reached a high position in the West become aggressive haters of Russia, was shown by a recent statement by American General of Armenian descent Jeffrey Harrigian (Jeffrey Harrigian, sometimes called in Russian transcription Harrigyan or Arigyan).

This Armenian, who is positioned by the Armenian media as “a descendant of the victims of the 1915 genocide,” threatened as much as an attack on Russia, and more precisely on the Kaliningrad region and the destruction of the Russian air defense system here.

In particular, the commander of the U.S. Air Force in Europe, General Jeffrey Harrigyan, officially announced that Russian anti-aircraft, anti-ship and ground-based missiles based in the Kaliningrad region could threaten most of NATO, and in this regard, the U.S. Air Force prepared a plan to break through the Russian air defense system created there.

“If we need to destroy, say, the integrated air defense system of Kaliningrad, you can be sure that we have a plan on how to do this,” Harrigyan said.

He added that "we are preparing for this, we are constantly thinking through these plans, and ... will be ready for their implementation, if ever we have to do it."

The most interesting thing since the Cold War was no threat of an attack on Russia from the United States. And it is symbolic that the first voiced such a threat is a general, who ethnically belongs to the people, obliged to Russia by its existence.

Eloquently commented on the statement of the Commander-in-Chief of the US Air Force in Europe, Jeffrey Harrigyan, about the possibility of a breakthrough of Russian air defense, the Governor of the Kaliningrad Region Anton Alikhanov. Alikhanov advised the general to read historical books and "remember that no matter how good the plan is, there are always Russians and historical experience."

Unfortunately, Alikhanov did not remind Harrigyan that his nation, the Armenians, owed everything to the Russians. However, to remind about this is useless. How much have Georgians done for the Armenian nation? No less than Russians. But this did not prevent the terrible atrocities of the battalion to them. Baghramyan over the Georgians of Abkhazia.

Anton Alikhanov himself, from a family of refugees from Sukhumi. He has Georgian roots by mother, his wife is also a Georgian from Abkhazia. But both his house and the house of his relatives and neighbors were "appropriated" along with the separatists by "grateful" representatives of the "ancient long-suffering people."

At the same time, it is interesting that Jeffrey Harrigyan is not so hostile and aggressive towards Turkey as he is towards Russia. Shortly before his anti-Russian statement, Harrigyan emphasized the "allied relations" between the US and Turkey.

Answering questions about US-Turkish relations at the New York Foreign Press Center (FPC), Harrigyan said: "Turkey continues to be an extremely important partner within the alliance, and we continue to support Turkey as our NATO partner."

Harrigyan stressed that NATO will continue to work with Turkey, and said that relations between the two countries and cooperation, especially in the military sphere, are very strong.

"I give guarantees that our work with Turkish partners is stable and reliable. We have strong relations," Harrigyan said.

This statement was made as part of flirting the White House with the Turkish government. Like, look, even the Armenians occupying leading positions in the US defense department are very friendly towards Turkey. And no "memories of the genocide."

But Harrigyan’s hatred for Russia directly “flows over the edge” and she finds full support from the Armenian nationalists. It is because of his wild Russophobia that Harrigyan is perceived in Armenia almost as a “national hero” and already once his actions to destroy the Russian military in Syria have been wildly admired by Armenian nationalists, as the Caucasus Plus already wrote about it in the article “ Armenian joy - an Armenian general kills Russians ”(https://www.kavkazplus.com/news.php?id=18804#.XYouuFUzbIU).

If Americans doubted the Russophobia of Armenian nationalists, they would hardly have appointed an ethnic Armenian to such a key post in the US Army in the context of their confrontation with Russia. And this means that the US leadership is simply confident in Russophobia of Harrigyan.

Just as it is confident that the Pashinyan regime is unconditionally in power in the Republic of Armenia. Currently, only because the Americans "do not want to spend it on him." They are trying to ensure that the Russian Federation continues to supply and protect Armenia.

The United States has not yet given the command to Yerevan to take an unconditionally hostile attitude towards Russia, giving the instruction “to shit on the little things” (to pursue Russian business in Armenia, to arrest the CSTO Secretary General, etc.). But if necessary, then such a "go-ahead" - to become an open enemy of Russia for Yerevan will follow.

The farther, the more facts that the figures of Armenian origin in the West (where, by the way, the largest and most influential Armenian diaspora lives) are aggressively hostile towards Russia. And Russia cannot count on indulgence in the event of a conflict with the West on their part of Russia.