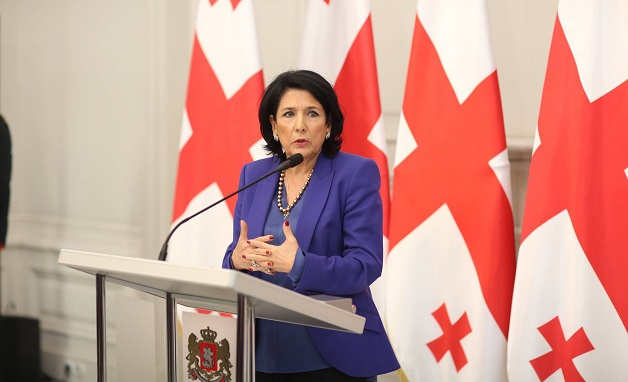 40 % of the NDI respondents evaluate the job performance of President Salome Zurabishvili as “bad” and 12% - as “well”, according to the results of the public opinion survey released by the U.S. National Democratic Institute (NDI).

NDI poll results how that President Zurabishvili’s favorability rating declined from 20% in April to 12% in July.

28 % of the respondents assess the President’s performance as “average”, while 12 % do not have any answer.

The NDI survey was carried out in the period of July 13-29 based on face-to-face interview principle and random selection of 2 131 respondents across Georgia. The margin of error is 1.7%.