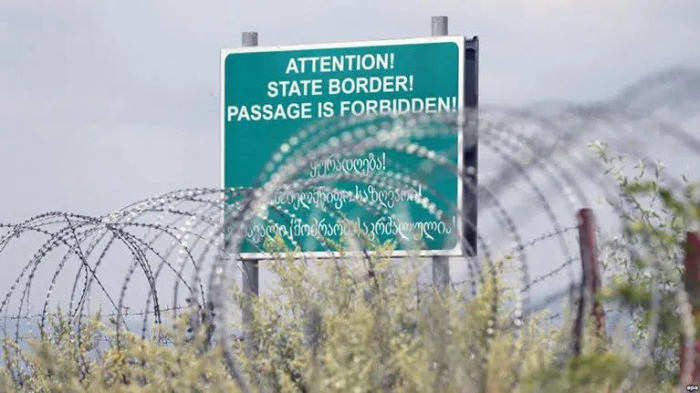 Russian occupants have been installing barbed wire fences, so-called "borderization", since yesterday near the occupation line in the village of Gugutiantkari, Gori Municipality. Locals say the occupation forces are installing metal structures and are attaching so-called “border” wires on them.

“We are in a very poor situation. Majority of our gardens have appeared on uncontrolled territories. They have brought new pillars. We ask the government to use all available levers to stop process,” local inhabitant Tinatin Gugutishvili told InterPressNews.