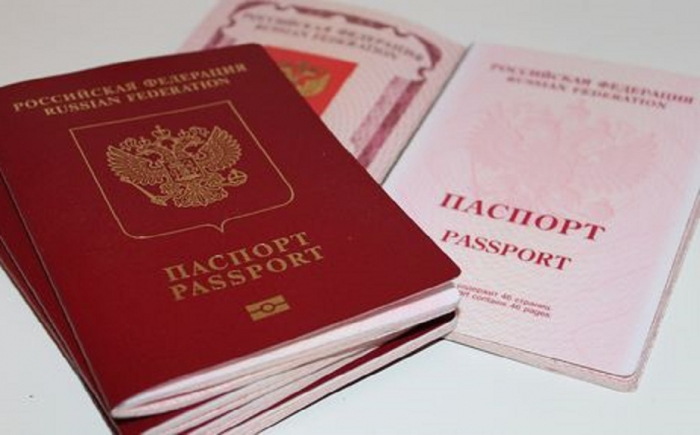 In the opinion of analysts, Russia's direct occupation of Georgia's separatist regions - Tskhinvali (so-called South Ossetia) and Abkhazia became almost inevitable after Russia began mass distribution of Russian passports to residents of these regions through its "peacekeepers" and the separatist authorities. As a result, by August 2008, a significant proportion of Ossetians and residents of separatist Abkhazia had Russian passports and Russia had a direct "justification" for military aggression, allegedly "to protect its citizens".

A largely similar scenario, but in a much "shorter" timeframe and with aggression already underway, seems to be being implemented in Ukraine. Russian President Vladimir Putin has signed a decree on the simplified granting of Russian citizenship to residents of the Russian-occupied territories of Zaporizhzhia and Kherson regions of Ukraine.

The annexation of these territories, which provide a "land corridor" to the formerly occupied Ukrainian Crimea, has long been speculated by analysts, but there have been differing views on its mechanism. Initially, the occupiers themselves planned referendums and the proclamation of puppet separatist "people's republics". Such a "referendum", for example, was being prepared back in April of this year in Kherson. However, later on, the Russian authorities decided not to even bother creating a "cover" for their seizures and annexations in the form of "referendums" but to annex these territories directly and without unnecessary ceremonies.

This process has in fact begun. Russia is handing out passports to the population of the occupied territories. We note that Russian troops occupy a significant part of the Kharkov region (Izyum, Kupyansk, Volchansk), but they are not going to hand out passports even to "loyal" collaborators. Most likely, the Kremlin may abandon the annexation of Kharkiv and the Kharkiv oblast at this stage.

However, without a "land corridor" through Kherson and Zaporizhzhya regions, as well as Donbass, keeping Crimea is unrealistic in the long term. And it appears that the current regime in the Russian Federation is not going to give up Crimea, which was occupied back in 2014. Although just the other day it received a proposal for a peace settlement with "saving face".

On 19 May 2022, Italian Foreign Minister Luigi Di Maio presented a peace plan for Ukraine. The document envisages Ukraine's joining the European Union as soon as possible and securing its non-bloc status in the NATO issue.

Furthermore, the initiative of the Italian mediators envisioned the autonomy of Crimea and Donbas as part of Ukraine, with broad rights of the population with regard to language, culture, etc. The document was handed over to UN Secretary-General Antonio Guterres. A UN-led ceasefire in Ukraine was proposed and a multilateral agreement on peace and security in Europe was signed.

However, to this peaceful suggestion, Deputy Chairman of the Russian Security Council Dmitry Medvedev, the same one who was " the Russian President" when Russia invaded Georgia in August 2008, reacted aggressively and not at all diplomatically rudely. He called the fact that Crimea and Donbass remain as part of Ukraine as autonomies "blatant nonsense" and "direct boorishness towards Russia" and "a pretext for starting a full-fledged war".

"There is not and never will be a political force in Russia that would agree to even discuss the fate of Crimea. This would simply be a national betrayal," Medvedev said.

And the Russian decree on the simplified procedure for citizenship of the Russian Federation for residents of Zaporizhzhia and Kherson regions of Ukraine, which came almost after Medvedev's aggressive statement, shows that the aggressor is not only not going to give back the previously annexed territories (Crimea), but is preparing new seizures and annexations. Currently, all the efforts of mediators to stop the aggression and war unleashed by the Kremlin in Ukraine are in vain. This means a prolongation of the war with all its attendant consequences.