Sozar Subari: The history textbook should include the names of traitors who gave Russia a chance to occupy 22 percent of Georgia's territory 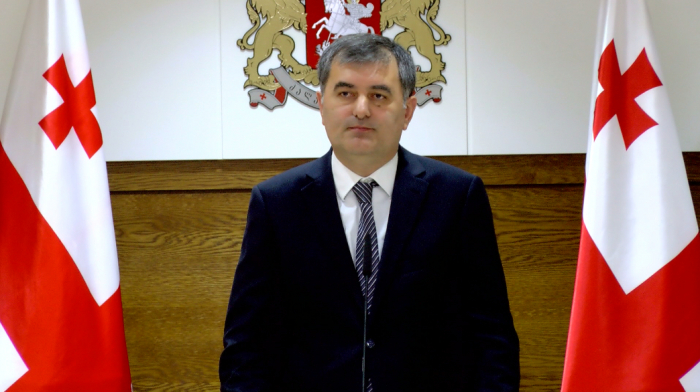 The history textbook should include the names of traitors who gave Russia a chance to occupy 22 percent of Georgia's territory and then blamed Georgia for the occupation in Strasbourg, Sozar Subari, a member of the parliamentary majority, told reporters about the ninth-grade history textbook.

"I am a historian myself and history is a science that reflects the reality in which we lived and live. Bidzina Ivanishvili is a philanthropist, he has saved and restored more than 900 churches. One person can do no greater work than this man has done in the history of any country. When we talk about whether we like the textbooks or not, we certainly do not like it because the history textbook has to reflect everything, both positive and negative. We would not have known the name of Sergo Orjonikidze, the names of Kakhaber Korghanashvili and other traitors, if not history. History knows not only the heroes, but also the traitors. Therefore, the history textbook should include the names of the traitors who gave Russia a chance to occupy 22 percent of Georgia's territory and then accused Georgia of occupation. In Strasbourg, not only was Georgia accused of waging war against Russia, but it was also accused of violating the rights of its own citizens, using banned weapons, including cluster bombs, against civilians. Mikheil Saakashvili and his team blamed Georgia for this in the Strasbourg resolution. Were it not the tireless work of Tea Tsulukiani and her team, we would not have won the Strasbourg court," Subari said.

Part of the community is demanding the removal of the 9th grade history textbook from the curriculum due to its content related to the August war, the Rose Revolution and Bidzina Ivanishvili. Part of the society believes that the book is propagandistic and praises the current government, while the role of the Rose Revolution in the country's political processes is diminished and presented in a more negative context.