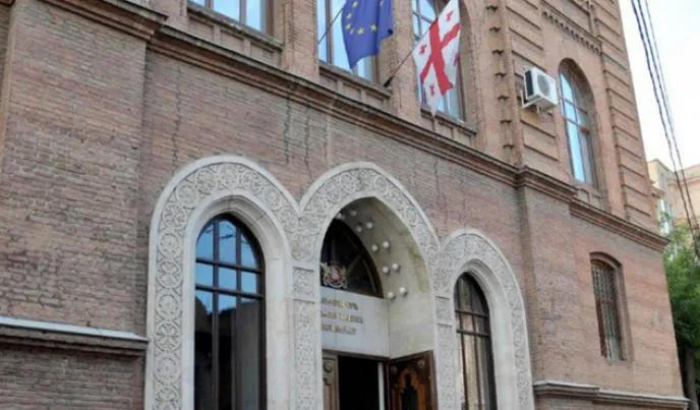 The Ministry of Foreign Affairs of Georgia has issued a statement regarding the holding of Russian Duma elections in the occupied territories of Georgia.

According to the statement, the Ministry of Foreign Affairs of Georgia condemns the holding of the Russian State Duma elections in the occupied territories of Georgia and the illegal opening of up to 20 polling stations on September 19, 202. According to MFA, it is another destructive step by Moscow against Georgia's sovereignty and territorial integrity, grossly violates international law fundamental norms and completely disregards the UN Charter and the Helsinki Final Act.

"The fact that the population of the occupied territories of Georgia elects majoritarian MPs in the Russian State Duma - along with Russian parties - in the Voronezh, Leningrad, Samar oblasts and the Trans-Baikal region, clearly indicates the ongoing de facto annexation of Abkhazia and Tskhinvali.

In the conditions when the Russian Federation has carried out illegal, forced passportization in the occupied territories of Georgia since the beginning of the 2000s and continues to occupy and effectively control these regions, hundreds of thousands of IDPs and refugees are deprived of the opportunity to return to their homes. Holding any elections on the ground, especially for staffing of the legislature of the occupying state is illegal and fails to produce any legal effect. This fact is confirmed by the decision of the International Court of Justice - the European Court of Human Rights, which legally established the Russian Federation, as a state exercising occupation and effective control, responsible for violating fundamental norms of international law in the regions of Abkhazia and Tskhinvali.

The Ministry of Foreign Affairs of Georgia calls on the Russian Federation to respect its international obligations and to fulfill the EU-brokered ceasefire agreement of 12 August 2008, to withdraw its troops from the territory of Georgia, not to interfere with the deployment of international security mechanisms on the ground and to reverse the decision on the so-called recognition of the independence of occupied territories.

The Ministry of Foreign Affairs appeals to the international community to properly assess and respond effectively to another illegal move by Russia to undermine Georgia's sovereignty and territorial integrity", - the Foreign Ministry said in a statement.