Giorgi Gakharia: They thought they would harm me by drug provocation and slander campaign and now they think they will harm Tbilisi 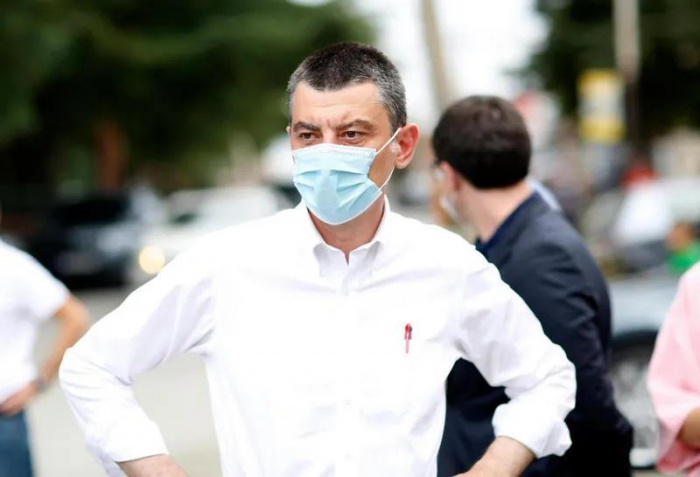 They thought they would harm me by drug provocation and slander campaign and now they think they will harm Tbilisi, - Giorgi Gakharia, the leader of the For Georgia party, told journalists after being asked about his image on “bloody banners” emerged in Tbilisi.

As Gakharia noted, his photo on the banners was conditioned by the growing rating of his party.

"We are on these banners because we have a growing rating and the Dream knows that after this election, we will start renewal in this country. Trust me, I am only proud of this support. Things directed against us now - rumors, slander campaign, banners, disgust - only strengthen us and trust me, they strengthen our supporters as well. I had been saying even before my photo would be there that it was not right, it was immoral and it would not bring results”, said Gakharia.

The banners emerged in the capital show several opposition leaders and reads: "No to the National Movement, no to the evil! No to betrayal! ”