Georgian Dream: There is a trend of NGO reports describing cases that are based solely on subjective perceptions and stories told by stakeholders or third parties 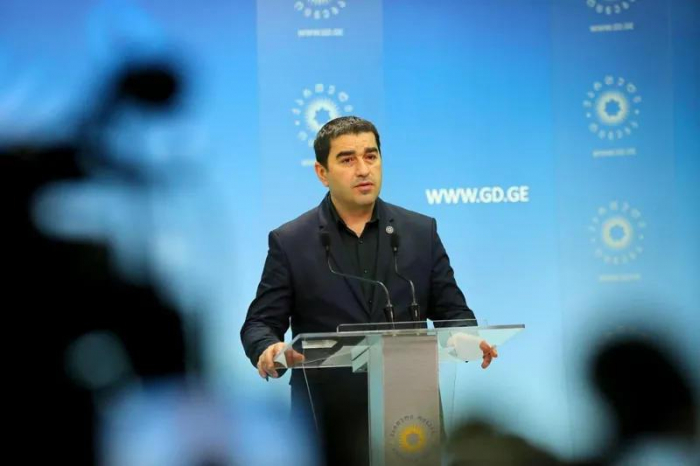 According to Shalva Papuashvili, one of the leaders of the Georgian Dream, the interim reports of the 2021 local self-government elections prepared by local observer organizations include cases that occurred before the election campaign, until August 3, 2021, during which time it is superfluous to violate the election law.

All three interim reports, which should have included facts identified during the pre-election campaign, list cases that took place before the start of the election campaign, i.e., before 3 August 2021. For example, the GYLA report begins on 1 May, while the reports by Transparency International and ISFED begin from 1 June, i.e., 2-3 months before the start of the election campaign. Discussing the violation of election legislation during this period is, of course, superfluous. That is precisely why the organizations – instead of discussing the violation of the rules of the election campaign – used novel terms, such as “activities carried out with the aim of winning the hearts of voters,” and assessed these cases as violations. By this logic, any activity carried out by the government outside the pre-election period can be assessed as being aimed at winning the hearts of voters, which is unequivocally wrong and leads to the formation of incorrect perceptions among the public, suggesting that some violations may have taken place. For this reason, we call on these organizations to make it clear in their reports that the election campaign started on 3 August, and that any of the cases that precede this date cannot constitute violations of election campaign rules.
There is a general trend in all three reports of pointing out that “the identified violations are not in themselves violations of the law; however, they constitute bad practice and are detrimental to the formation of a healthy pre-election environment.” Such statements make it unclear to the public whether a specific political entity violated the law or if its actions simply did not meet an internal standard set by a particular organization. They also create an expectation among the public that all published facts constitute violations of law, regardless of whether they are in fact violations, and that the state does not respond to them. It should be noted that a fundamental reform of the electoral legislation was carried out just two months ago, and it was adopted by the Parliament by nearly full consensus. During this reform, all issues that should have been prohibited by the legislation of Georgia were, in fact, prohibited. Correspondingly, two months after the reform, the observer organizations’ assessment of various actions in accordance with an additional standard and the presentation of the said actions in a manner that suggests that they constitute violations of the law, in our estimation, does not meet the standard of conscientious observation. Therefore, if these organizations decide to use additional criteria during the evaluation of the actions of political entities, we urge them to do so in a transparent manner and to make it clear to the public which part of their reports concerns possible violations of electoral legislation, and which part concerns the standard set by their organization. In particular, this concerns instances of merging violations of the law and violations of internal standards into a single statistic, which gives rise to a false perception of the number and severity of violations.

There is also a trend of the reports describing cases that are based solely on subjective perceptions and stories told by stakeholders or third parties, in a manner that does not contain even circumstantial evidence. Therefore, we are calling on these organizations to make use of at least the minimum standard of proof, so as to prevent their reports from inadvertently becoming tools for the dissemination of disinformation.
It is also important that the organizations remove from their reports the cases that have been identified as non-violations. According to our observations, this has not taken place yet.
In addition, we would like to draw the public’s attention once again to the so-called Civic Election Commission, which was created by the Shame Movement and the Association of Public Initiatives. We demonstrated the connection of the said organization with the United National Movement with documentary evidence at our 9 September briefing. It is obvious that they aim to discredit the elections and to prepare the ground for the sabotage of the elections for the United National Movement. We urge local and international monitoring missions to take an interest in the goals of these organizations’ activities and the sources of their funding", - stated Papuashvili.