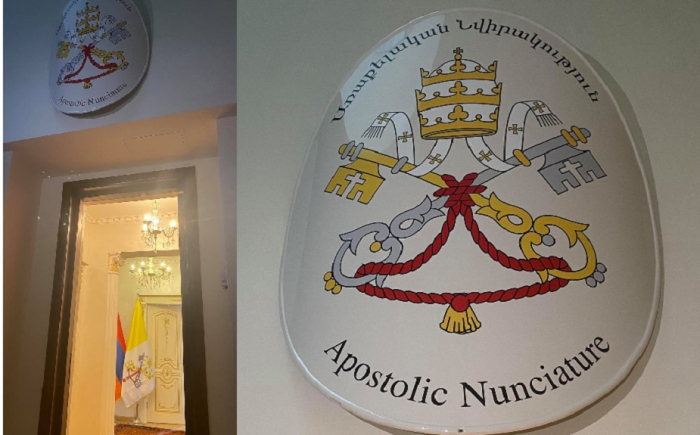 The Vatican finally "rips off the masks" and openly relies on Armenia as the main conductor of its influence in the South Caucasus region. The office of the papal nuncio (Vatican embassy) was opened in Yerevan.

The role of the Vatican in the history of the Caucasian peoples cannot be underestimated. Recall that historically, it was the popes who were one of the initiators of the so-called. The "Armenian project" eventually brought so much grief to both the Armenians themselves and the people who lived next to them. It was the Mkhitarist Order, supervised by the popes of Rome, that initially, on the basis of forgeries and distortions of historical facts, the mythologized “ancient history of Armenia” was composed. And then, through the efforts of not only the Vatican but also Echmiadzin, the multi-tribal and multilingual groups of the population of the Armenian-Gregorian religion scattered throughout the Middle East, a "national idea" was inculcated on the basis of this fictional history.

However, until recently the Vatican tried not to advertise its closest relationship with the Armenian nationalists and the "coordination" of their activities. Suffice it to recall that the Apostolic Nunciature (Vatican Embassy) in Armenia was established on a permanent basis on May 24, 1992. From that time until September of this year, the Apostolic Nuncio (Vatican Ambassador) did not have an official residence in Armenia, and is the Apostolic Nuncio here officially concurrently, occasionally visiting the country. The residence of the apostolic nuncio at the same time in Georgia and Armenia was Tbilisi, the capital of Georgia.

But on September 1, 2021, the office of the Embassy of the Roman Catholic Church began operating in Yerevan. This is reported by the papal nuncio Jose Avelino Bettencourt. The office is located in the center of Yerevan on Northern Avenue between the National Academic Opera Theater and Republic Square. Now the Vatican Embassy is preparing for the opening ceremony of the office.

After the opening of the office of the Apostolic Nunciature in Georgia and Armenia, it is quite possible that the nuncio will finally move to Yerevan, and in Tbilisi, he will be "visiting". Perhaps there will also be a separate nunciature in Armenia. However, in Georgia, too, the Catholic organization employs mainly ethnic Armenians or Crypto Armenians. 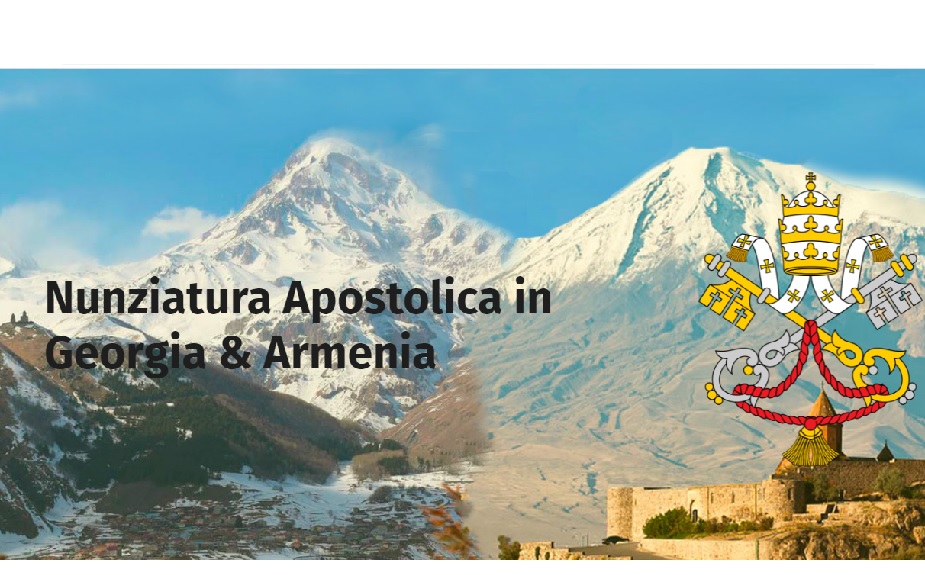 On the left is a photo of the Georgian peak Kazbegi (Mkinvartsveri), which is understandable in principle. This is a Georgian land and a Georgian mountain. But here on the right is a photo of the Khor Virap monastery, which, although located on the territory of the Republic of Armenia, is depicted against the background of the Turkish Mount Agrydag (Ararat) occupying most of the photo.

The Vatican, in principle, should have understood that by posting a photo of a mountain located on Turkish territory on the page of their embassy, ​​they thereby unequivocally declare their support for the territorial claims of Armenian nationalists to Turkey. Although it was possible to post another photo. Indeed, in the Republic of Armenia, there are many other mountains located on its internationally recognized territory and other landscapes. But it was the photo of the Turkish Agrydag that was posted!

Moreover, Armenian President Armen Sarkissian (who was officially the Armenian Ambassador to the Vatican in 1995-1996) during his visit to Georgia in April this year specially painted the Turkish Mount Aghrydag in the book of honorary guests of the President of Georgia. Thus, he once again provocatively announced the claim to the land to Turkey.

So the provocative posting of photographs and drawings of Mount Agrydag "in connection with Armenia" was not accidental and in fact, was officially sanctioned by the Vatican. This is how such provocations can be understood, moreover, in the South Caucasus region, where the redrawing of borders led to wars and tragedies (in Georgia, over 300 thousand refugees from Abkhazia and the Tskhinvali region still cannot return to their homes).

There is nothing good for Georgia that there will be a separate office of the papal nuncio in Yerevan. Indeed, when the papal nuncio had an office only in Tbilisi, the Ordinariate of Eastern Europe of the Armenian Catholic Church declared claims for 23 Georgian churches on the territory of Georgia, thereby supporting Etchmiadzin's claims for 442 Georgian churches (in total, thus, Armenian nationalists claim for 465 Georgian churches ). And with an office in Yerevan, the Vatican will most likely be even more active in supporting the anti-Georgian claims of Armenian nationalists and even more hostile to oppose the Georgian Orthodox Church.