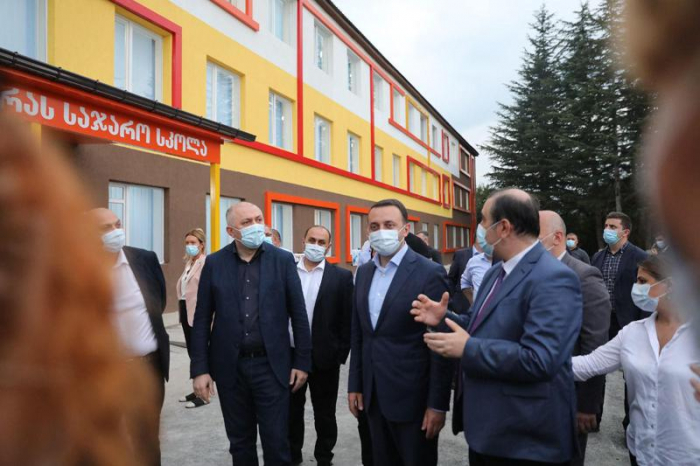 According to the head of the government, 7 new schools were built in the Imereti region for the new school year and 16 public schools were fully rehabilitated. Also, a professional college of the latest standards was built in Tskaltubo.

Pupils of the school in the village of Shua Gora, Vani Municipality will study in a fully rehabilitated building from the 2021-2022 school year. The school for 400 students is fully equipped with new equipment and is adapted for students with special educational needs. Appropriate bathrooms and a ramp were arranged at the school. There is an open sports field in the yard. An indoor gym has also been rehabilitated at the school and a science laboratory is being set up. In addition, students are served transport in four different directions. The cost of school rehabilitation is 1 075 051 GEL.

The Minister of Regional Development and Infrastructure Irakli Karseladze, the Minister of Justice Rati Bregadze, the Head of the Government Relations Department Leri Barnabishvili and the State Representative in the Imereti Region Zviad Shalamberidze were present at the Shua Gora Public School together with the Prime Minister.