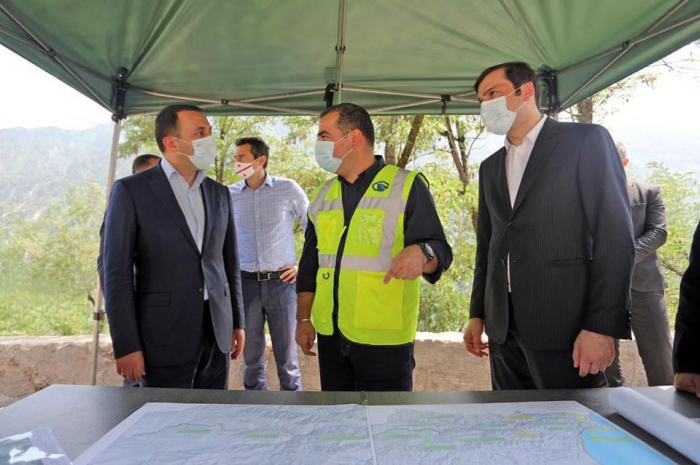 Head of the Roads Department Giorgi Tsereteli briefed PM on Kuwait Fund-financed works carried out simultaneously on a 42-kilometre section of the same road.

Batumi (Angisa)-Akhaltsikhe Highway’s (Khulo-Zarzma) Project consists of three sections, and a total of 47 kilometres of roads, and seven bridges, will be rehabilitated/reconstructed, with two-lane asphalt and concrete surface to be paved.

Renovated Khulo-Zarzma Highway worth approximately GEL 110 million will offer the shortest route between the Samtskhe-Javakheti and Adjara regions.

The upgraded road will cut travel time from Batumi to Akhaltsikhe by 90 minutes.