Armenian nationalists want to extend their 'buffer zone' to Georgia 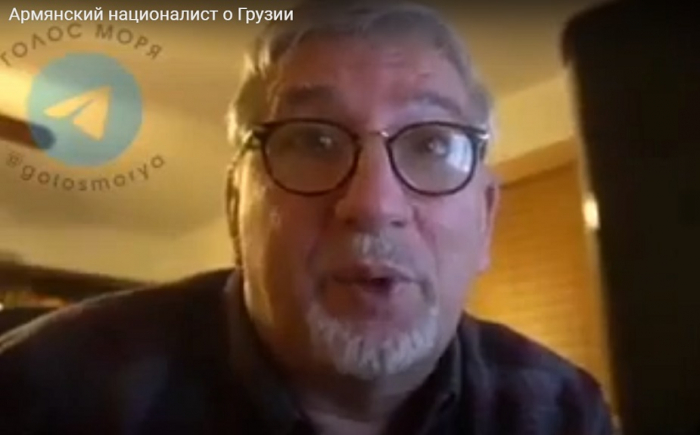 After the de-occupation of Azerbaijani Karabakh, Armenian nationalists began to “worry” that, they say, Armenia had lost its “buffer zone” in the form of occupied Azerbaijani lands. Almost immediately, Armenian nationalists in Zangezur began to talk about the need for a new "buffer zone" in Armenia - instead of starting work on the implementation of peace agreements and unblocking communications, including the Zangezur corridor.

May 27, 2021 Acting Prime Minister of the Republic of Armenia Nikol Pashinyan proposed to mirror the units of the Armed Forces of both sides from the border to their places of permanent deployment, then to place Russian border guards along the Armenian-Azerbaijani border. Those. words about a certain "buffer zone" began to be heard again.

After that, he said, it will be possible to start work on the demarcation and delimitation of the Armenian-Azerbaijani border. Well, since until now Armenia has not carried out delimitation and demarcation of the border with any of its neighbors (and in relation to Georgia, along the entire length of the border, it has carried out an illegal seizure of Georgian lands, including the Georgian monastery of Khujabi), it is clear that this “buffer zone »Is formed for a long time. Moreover, the Armenian side intends to expand at the expense of foreign territories at the earliest opportunity.

Nikol Pashinyan's proposal means nothing more than a new occupation of Azerbaijani lands under the cover of Russian peacekeepers. Indeed, in Azerbaijani Karabakh, in the zone of responsibility of the Russian peacekeepers, in violation of the agreements of November 9, 2021, such an illegal armed group as the so-called "Artsakh defense army", but in fact, Armenian terrorists and saboteurs.

It is clear that as soon as the Azerbaijani troops and border guards move away from the internationally recognized Armenian-Azerbaijani border and transfer their territory to the control of Russian peacekeepers, then Armenian troops will immediately appear there. And a new occupation of Azerbaijani territories by Armenia will begin.

At the same time, the cunning of the Armenian side with "buffer zones" poses a danger not only for Azerbaijan but also for Georgia. Here, for example, is a video of an Armenian nationalist full of outrageous Georgian phobia and hatred of Georgia.

As long as there are such deranged nationalists among the Armenians both in Armenia and in the diaspora, and as long as the Armenian society itself does not shut them up, it is unacceptable to follow the cunning tricks of the authorities in Yerevan, proposing “mutual withdrawal of troops” and “creation of buffer zones”. Since these buffer zones will become a zone of occupation, and in the understanding of the Armenian nationalists, "the original Armenian land", which they would not even think about returning. This applies to both Azerbaijani and Georgian territories.

Moreover, the occupied Georgian Abkhazia is in fact under the control of Armenian nationalists. Here, the Armenians are already ahead of the Abkhazians dying out under their economic and criminal yoke, and over 300 thousand Georgian refugees still cannot return here.