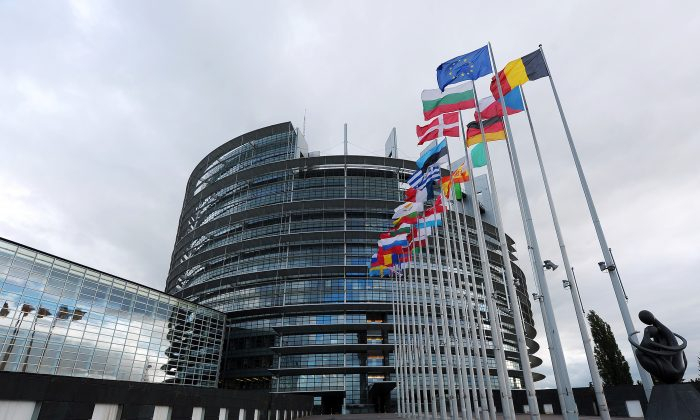 Three members of the European Parliament, Marina Kaljurand, Sven Mikser and Viola von Cramon on Thursday released a joint statement over the Georgian Dream’s decision to withdraw unilaterally from the April 19 Agreement. The MEPs tagged the GD move as “yet another disappointment.”

“We are surprised and disappointed by the unexpected decision of the ruling Georgian Dream party to withdraw unilaterally from the 19 April agreement brokered by European Council President Charles Michel.

A landmark in Georgia’s political life, but also in EU-Georgia relations, the Agreement paves the way for the smoothening of political polarisation and strengthening of the rule of law in Georgia, addressing key issues such as the independence of the judiciary, the improvement of the electoral system or power-sharing in Parliament. Conversely to Georgian Dream’s claim that the Agreement had fulfilled its purposes and therefore reached its limits, we believe that it underscores reforms that are meant to be sustained and enhanced over the years – not just episodically.

The elected opposition parties that did not sign the agreement also bear their heavy share of responsibility for this setback, while we commend the decision of those opposition politicians who signed the agreement and continue being committed to the taken obligations. Nevertheless, after the continued Supreme Court appointments and after the unacceptable violence that led to the cancellation of the Tbilisi Pride, yesterday’s announcement by the ruling party came as yet another disappointment.

We call on Georgian Dream to annul its decision, and we urge all the political parties to work together, in good faith and for the sake of Georgia’s Euro-Atlantic aspirations, to see that the Agreement is implemented thoroughly, in word and spirit.

We reiterate the European Parliament’s readiness to pursue its close cooperation with the Parliament of Georgia by providing democracy support, among which the Jean Monnet Dialogue, on the condition that our Georgian counterparts show a willingness to engage constructively in such activities. A failure to advance democracy in Georgia would only benefit those who oppose its Euro- Atlantic integration path,” reads the statement.

The ruling Georgian Dream (GD) party annulled the EU-brokered April 19 Agreement on July 28. The GD Chair Irakli Kobakhidze said the agreement completed its mission and exhausted itself 100 days after signing as the majority of the opposition politicians abstained from joining it.

European Council President Charles Michel mediated the April 19 Agreement among the Georgian parties to end the political crisis in Georgia.