Mikheil Saakashvili: I will fully fulfill my commitment made before the nation and history to come to Georgia, this time before the referendum 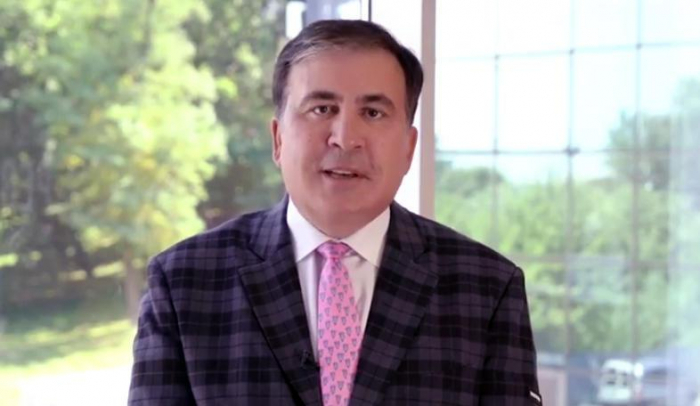 We still have to hold a referendum - I will fully fulfill my commitment made before the nation and history to come to Georgia, this time before the referendum, - said the former President of Georgia Mikheil Saakashvili in a video address on the social network.

As Saakashvili noted, the Georgian Dream, by annulling Charles Michel's document, admitted defeat in the October referendum. According to him, the ruling team plans to shut down the opposition media in August and then plans to impose COVID-related restrictions.

"Yesterday, Ivanishvili admitted defeat in the October referendum in advance in front of the whole world. What he did yesterday is unprecedented in the recent history of Georgia, and the only parallel is what Yanukovych did when he withdrew from the agreement with the EU in 2013, everyone should remember what happened to Yanukovych and his gang in Ukraine.

His plans, of course, are understandable. He did this in late July, in August - he intends to shut down the opposition media while the whole world and part of the Georgians are on vacation, then he intends to impose restrictions under the cover of covid, to intimidate the people. Covid was also artificially spread, because last year, before the elections, Russian tourists were brought in who spread Covid. Even now, tourists from those countries are being brought in en masse with false documents, which means that people are sacrificing their lives to maintain Ivanishvili's rule. He has the same plan for September and October this year. How many times can we accept the same trick.

In the conditions when Ivanishvili canceled the EU referendum on the early parliamentary elections, we still have to hold a referendum on the early elections and Ivanishvili's resignation. This will happen in the next local elections. We have very good candidates in Tbilisi, in many other places, we are presenting very good candidates practically everywhere and we will fight to the end so that everyone can see that the Georgian robber gang no longer has any support. Georgian people want a dignified life and overcoming of these difficulties. They are tired of living in the swamp, in poverty, in hopelessness, where the only perspective they portray is to be expelled from the country.

Therefore, these elections will still be held and I will fully fulfill my commitment made before the nation and history to come to Georgia, this time before the referendum. Ivanishvili will not be able to trample the Georgian people this time, his government is over! Now the question is to formulate all this correctly, trust me, I will fight to the end, me and my comrades who stayed loyal will never betray you. We will succeed. We have waited for a long time, we have lost many years, Georgia has no more time to lose. We will go to the end and we will definitely win. This year is the year of victory. May God be the protector of every Georgian family and Georgia", - Mikheil Saakashvili said.