Khatia Dekanoidze: They were worried about this topic, which showed that Bera and Ivanishvili's family members used their influence to punish people, so they invented this nonsense 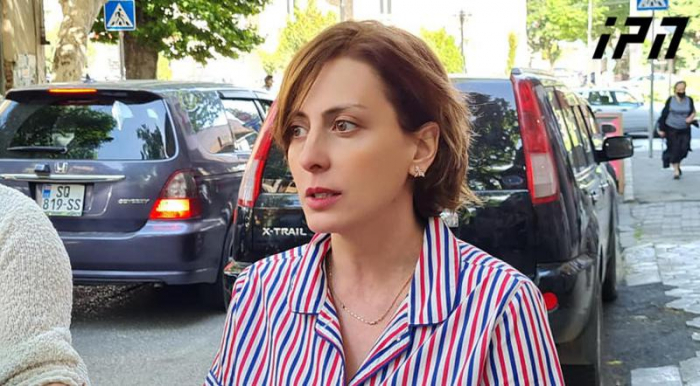 They were very worried about this topic, which showed that Bera and Bidzina Ivanishvili's family members used their influence to punish people and it continues, so they came out and invented nonsense, - Khatia Dekanoidze, Chairwoman of the National Movement - United Opposition - Power in Unity Faction, responds to journalist, said when commenting on the statement of the Prosecutor’s Office, according to which, the recording of conversation between Bera Ivanishvili and Irakli Gharibashvili was falsified.

She called the briefing held at the Prosecutor’s Office "funny and caricatured."

"The Prosecutor’s Office has the lowest level of public confidence. We must remind the public that the person who spoke on behalf of the Prosecutor’s Office, falsifies many political cases on the instructions of his immediate superiors. Therefore, when holds a briefing and fails to establish whether the record is authentic or not, whether it is falsified or not, it is a confirmation of what kind of justice we have. I could not understand what he said, so it is ridiculous and caricatured," Dekanoidze said.