Archibishop Iakob: No argue over right and wrong but regard best interests of children 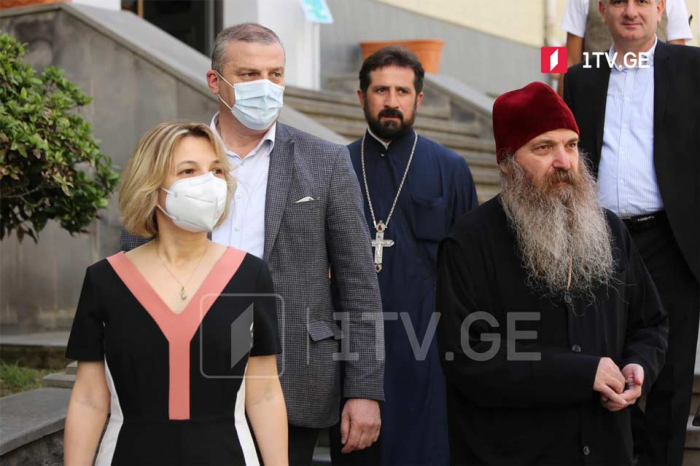 Archbishop Iakob (Konstantine Iakobashvili) of Bodbe asserted he had a very frank conversation with Public Defender Nino Lomjaria and discussed all the problems related to the Ninotsminda Boarding School.

“We had a very generous, absolutely cordial conversation. We reviewed the problems at the foster home and the situation in general. The Public Defender and I agreed to visit the orphanage maybe next weekend and see the situation. Today social assistants are working there. Please, journalists, end the siege of the boarding school that puts the children under great stress,” Archbishop Iakob said after the meeting with Georgian Public Defender.

According to him, it is necessary to take into account the interests of children.

“When we met, we had a cordial conversation. We had no complaints. The situation escalated suddenly, and we did not argue over right and wrong. We are just trying to consider the best interests of the children and end this tension on time,” the Ninotsminda boarding school supervisor said.

Former orphanage supervisor Bishop Spiridon denied the Public Defender’s Office to carry out a monitoring visit that caused much anxiety in the society.  The investigation is underway.

The Georgian Patriarchate appointed Archbishop Iakob (Konstantine Iakobashvili) of Bodbe to supervise this foster home on June 14. The newly-appointed orphanage head told reporters that Bishop Spiridon quit on his own decision.