TI Georgia: The Parliament has essentially abandoned its main function during the pandemic crisis 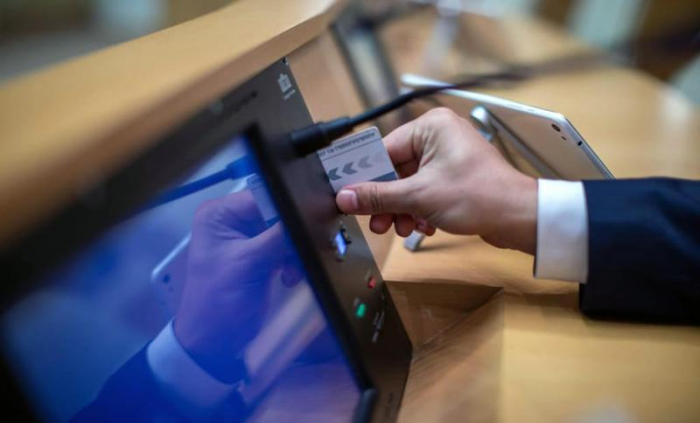 The Parliament has essentially abandoned its main function during the pandemic crisis, - reads a report prepared by the Transparency International Georgia (TI Georgia) on the implementation of parliamentary control within the framework of the project, Parliamentary Control Assessment in Georgia, with the assistance from the Good Governance Initiative (GGI) of the U.S. Agency for International Development (USAID).

The study provides the assessment of the parliamentary control carried out during the period between 1 January 2019 and 1 October 2020.

The reporting period saw the emergence of political tensions and the outbreak of the Covid-19 pandemic.

“The study revealed the following key challenges: During the Covid-19 pandemic and pandemic-induced crisis, the parliament actually refused to perform its function and fully entrusted its power of restraining fundamental human rights to the government. The parliament did not carry out an effective monitoring on the activity of the executive branch: During the state of emergency, the parliamentary committees did not conduct even a single meeting that would be dedicated to the control of government activity during the state of emergency; During the state of emergency, the parliamentary committees did not apply their power of examining, within their respective fields, the compliance of normative acts issued during the state of emergency with the Georgian legislation as well as the status of their implementation; During the Covid-19 pandemic, four ministerial hours were held instead of scheduled 11; The Minister of Internally Displaced Persons from the Occupied Territories of Georgia, Labor, Health and Social Affairs of Georgia, Ekaterine Tikaradze, did not appear before a committee meeting, when summoned by the opposition; The Rules of Procedure of the Parliament of Georgia does not contain legislative guarantees that would enhance the role of opposition in the parliamentary activity, including in the parliamentary oversight. A mere presence of opposition parties in the parliament is not suffice for an efficient parliamentary control: Chairpersons of all parliamentary committees are from the ruling party; When appointing heads of agencies accountable to the parliament, the Rules of Procedure does not provide for an obligation to hold consultations with the opposition factions and arrive at a decision through consensus, thereby heightening risks of politicized decision-making. Parliamentary control mechanisms are often not applied to issues that are important for the country. In the reporting period, the country faced a number of serious challenges such as, for example, borderization, kidnapping and incarceration of people living along the occupation line. There were instances of release of surreptitious recordings, including about high political officials. Information about conflicts of interest and alleged corruption deals of representatives of authorities, including MPs was made public. The problem that the court system has been run by members of the so-called clan was repeatedly discussed by society and foreign partners. However, committees never held a special sitting on the above-mentioned issues and never summoned accountable persons to it. The parliamentary oversight over the State Security Service is weak: The law does not grant the powers to the Defense and Security Committee to use special mechanisms for the control of the Security Service (for example, to exercise the oversight over the measures for obtaining information, clandestine operations, personal data protection in the Security Service, etc.). The Rules of Procedure of the Parliament grants the Trust Group a limited access to information. Although the new Rules of Procedure has enhanced the competence of the Trust Group has been enhanced under, it does not provide for the involvement of experts in the security sector oversight, there is no expert council at the Trust Group, whose members would be allowed to access classified information and exercise control; Government members and other high officials who are accountable to the parliament do not treat the oversight function of the parliament seriously; for example, ministers do not provide full answers to questions of MPs in a timely manner. Out of 1683 questions posed by MPs during the reporting period, 288 questions were left unanswered; when summoned by the opposition, they did not arrive for committee sittings. During the reporting period, the opposition factions exercised the right to summon accountable persons to committee sittings as many as 32 times but the summoned officials failed to turn up for 21 of them. There is no mechanism of parliamentary control that would enable the opposition to summon on short notice a government member to a plenary sitting concerning a pressing issue, to ask questions of him/her and to hold debates. Opposition factions may not summon Prime-Minister, Chief Prosecutor, Head of State Security Service to committee sittings; this rule unjustifiably limits the application of committee oversight mechanism to these very important officials”, reads the report.