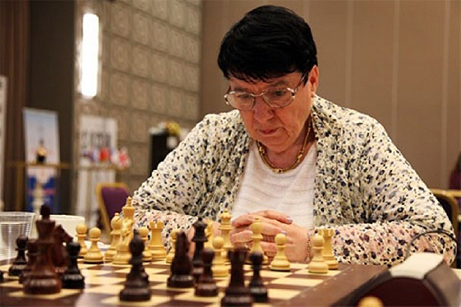 Born in the western Georgian city of Zugdidi in 1941, Nona Gaprindashvili is the first woman to be awarded the International Chess Federation title of Grandmaster in 1978.

According to the World Chess Hall of Fame, Gaprindashvili is a pioneer in women’s chess. In 1978, she was the first woman to be awarded the title of Grandmaster by FIDE. Gaprindashvili’s dominance in women’s chess led her to victories in the Women’s Soviet Chess Championship in 1964, 1973, 1981, 1983, and 1985. Moreover, she was a member of the Soviet Women’s Chess Olympiad team eleven times from 1963 to 1990. The team’s mastery of the game earned them to victory many times through the 1980s. In 1992, she was a member of the Georgian Women’s Chess Olympiad team. In 2009, she placed first in the World Senior Women Chess Championship.

Nona Gaprindashvili was officially recognized as the greatest Georgian female sportsperson of the 20th Century in 1999 and has served as honorary president of Georgia’s National Olympic Committee since 1996.

PM believes Gaprindashvili’s special talent and great work have brought success to Georgia. “Her name is linked to victory and Georgians are very proud of her,” PM wrote on his Facebook page.