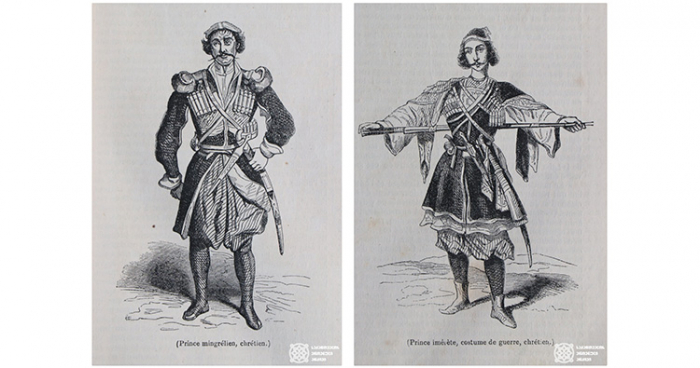 A series of 19th century illustrations of people and places of the South Caucasus, published in a French magazine around 150 years ago, can now be viewed by those interested in history and ethnography on the website of the National Archives of Georgia.

Presenting city-dwellers and countryside folks of different ethnicities who lived and worked in cities, towns and villages, the works show Georgia and the wider region as it appeared to ethnographers and travellers between the 1840s and 1870s.

The sketches were made by people like Imperial Russian administrator and painter Grigory Gagarin, artists Louis Champoiseau and M. Philippovitz and others and published in L'Illustration Journal Universel, some of the historical editions of which are now preserved at the Tbilisi archive venue.