Mamuka Khazaradze: I am going to visit Nika Melia and persuade him to agree to the EU bail - the EU and its foundations do not pay bail for criminals 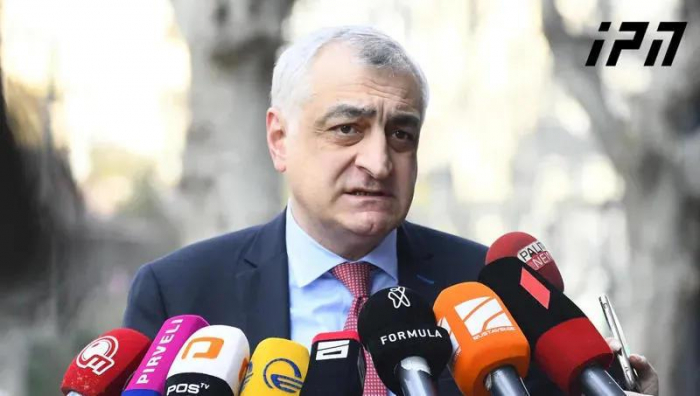 According to Mamuka Khazaradze, the leader of Lelo for Georgia, he is going to visit Nika Melia in prison.

According to Khazaradze, he will talk to Nika Melia about the bail offered by the European Union and the establishment of a parliamentary commission.

"In the coming days, I am going to visit Nika Melia and talk to him about two issues, to persuade him to agree to the EU bail, which is unprecedented. The EU and its foundations do not pay bail for criminals. So he has to use this chance. This will be another blow to the Georgian Dream, to their justice. The second issue I want to discuss is the creation of a parliamentary fact-finding commission. There is a great deal of debate about amnesty. This amnesty was recorded in the agreement to get Nika Melia out of jail. However, the Georgian Dream intends to use it to cover up the non-investigated crimes. The society, our citizens must know what offences were committed and by whom, who exceeded the authority and after that, there may be amnesty.

I am in favor of the amnesty act, I am in favor of resetting Georgia. Resetting implies reconciliation, but it must be preceded by answering all the questions. I will talk to Nika about this topic. We need 50 MPs to start this process," Mamuka Khazaradze said.

Mamuka Khazaradze calls on Georgian Dream MPs to join the initiative to establishing a fact-finding commission.

"We also call on the Dream MPs to join this initiative. I am sure that there are MPs in the Dream, who are interested in finding out the truth. This is not a political show, this is a process that should establish the truth about what happened on June 20," Khazaradze said.