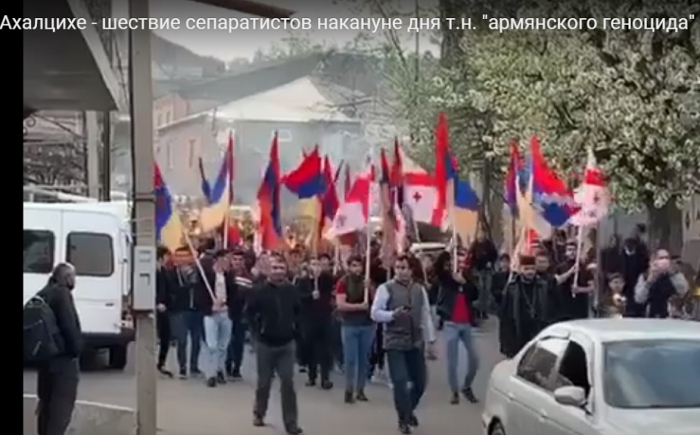 On April 24, Georgia again recalled the tragedy of Abkhazia and the genocide of the peaceful Georgian population of the region. In the Cathedral of the Holy Trinity in Tbilisi, a memorial service was held for 13 dead Georgians transported from occupied Abkhazia. Remains of people previously reported missing during the 1992-1993 war. in Abkhazia, were brought to Tbilisi from occupied Abkhazia a few days ago. All those killed are identified - six military and seven civilians.

The memory of the victims was honored by the Prime Minister of Georgia Irakli Garibashvili and members of the government.

"At this stage, more than 2,300 people remain missing, the remains of 206 people have been handed over to their families," said Teya Akhvlediani, State Minister for Reconciliation and Civil Equality of Georgia. This is in addition to almost 20 thousand Georgians killed in Abkhazia, whose names have already been established, in addition to over 300 thousand Georgians who became refugees and still cannot return to their homes. There was a real genocide of the Georgian people in Abkhazia. And the most active part in this genocide was taken by Armenian militants and nationalists, who, in principle, kindled the separatist fire in Abkhazia and the fratricidal war, seducing the Abkhaz people into separatism.

Among those killed in Abkhazia, whose memory was honored on April 24, 2021, there were those killed at the hands of Armenian militants from the Baghramyan battalion. And, as it were, the most real separatist Sabbath, which was organized by Armenian separatists and nationalists in the Samtskhe-Javakheti region and in Tbilisi, on April 23 and 24, 2021, became a mockery of these victims of separatism, aggressive nationalism, and ethnic cleansing.

The Armenian nationalists timed their similar to Nazi "torchlight processions" to the next anniversary of April 24, which they consider to be the date of the mythical "Armenian genocide in the Ottoman Empire."

On April 23, in Samtskhe-Javakheti, in Akhaltsikhe, Akhalkalaki, and other settlements, "torchlight processions" of separatists took place, timed to coincide with the mythical "genocide of 1915". And the most defiant thing is that along with the flags of Armenia there were flags of the separatist so-called. Artsakh. The same "Artsakh", which, we recall, recognizes the "independence" of separatist Abkhazia and the so-called "South Ossetia".

The next day, similar provocative actions also with separatist flags of the so-called "Artsakh" were held in Tbilisi, which angered the Georgian patriots. Such provocative processions of Armenian nationalists and separatists are nothing more than the propaganda of separatism.

Alas, Armenian "Javak" separatists defiantly ignore Georgian laws. And the police do not even try to put them in their place, if ordinary citizens of Georgia are fined for appearing on the streets without a medical mask, then the participant of the separatist torchlight procession with the flags of the so-called "Artsakh" was without masks, but for some reason, the police did not have them there were no questions.

It is especially necessary to dwell on the fact that on April 24, 2021, US President Joe Biden, speaking about the events in the Ottoman Empire in 1915, used the word “genocide”. And, of course, the term "genocide" in the understanding of those who prepared Baden's speech (and these are representatives of the Armenian lobby of the United States) concerned only Armenians. Joe Biden did not even mention the much greater victims among the Muslim population of the Ottoman Empire (and the Russian Empire - suffice it to recall the genocide in 1914-1915 by Russian punitive troops and Armenian Dashnaks of Georgian Muslims in Adjara).

Joe Biden's words about the "Armenian genocide" led to a real "hysteria of delight" among Armenian nationalists and "Javakhk" separatists. "With joy" they again began to publish maps of the so-called "Wilson's Armenia", with Samtskhe-Javakheti included in it. Here is an example of a post on the Armenian nationalist telegram channel "Northern Artsakh" with the following map: 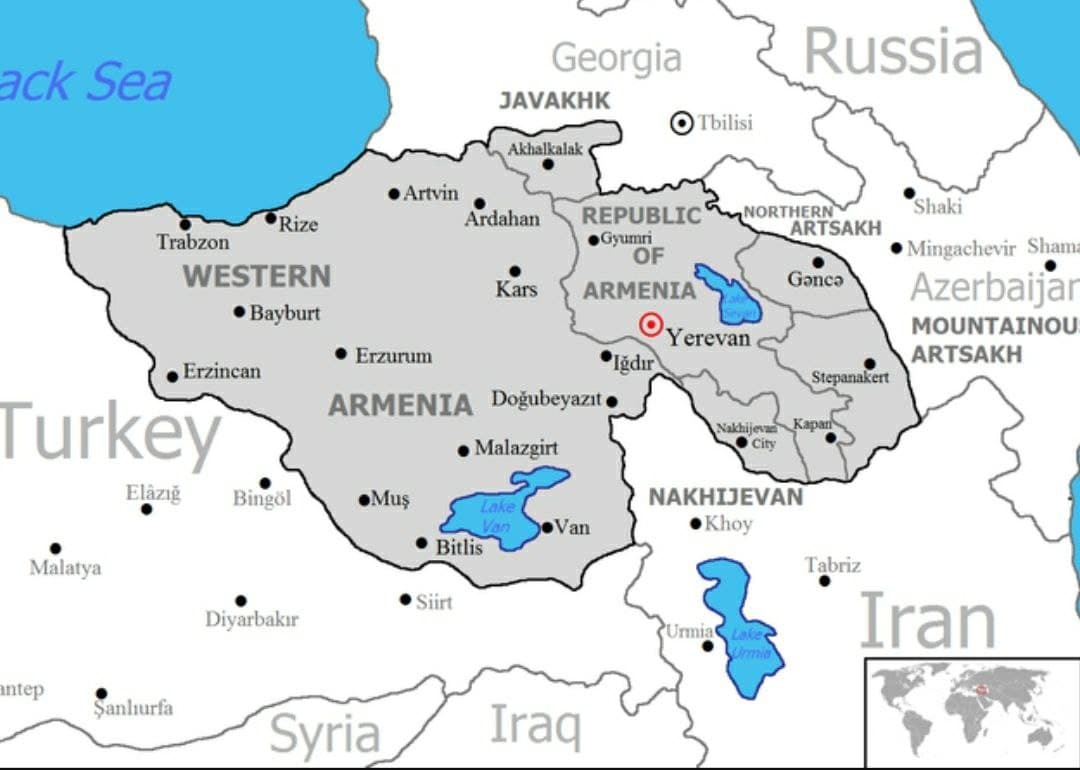 And under the card "Terms of negotiations" (meaning the Armenian nationalists with their neighbors), among which:

1) The return of our lands, absolutely all (indicated on the map) - i.e. and Georgian Samtskhe-Javkheti.
2) The withdrawal of all troops from this territory.
3) Evacuation of the population from these lands.
4) For the denial of genocide in Turkey, there should be a death penalty.

Those. Armenian nationalists directly declare their intention to carry out ethnic cleansing against Georgians and Turks.

Many Armenian and pro-Armenian "analysts" directly write that now is the time to increase pressure on the Georgian authorities in order to obstruct joint economic projects with Turkey, which is vital for Georgia. Moreover, the argument of the Armenian nationalists is as follows: since the United States acts as the "guarantor of security" for Georgia, they should do everything they can to upset Georgia's cooperation with Turkey, allegedly "guilty of the Armenian genocide". Of course, nothing of the kind will happen, but new anti-Turkish provocations of the pro-Armenian "fifth column" in Georgia can be expected.

All this cannot but inspire alarm. As well as the fact that on April 24, “genocidal” events were also held in separatist Abkhazia, and separatist leaders, in particular the puppet “president” Aslan Bzhania, made “condolences” to the Armenian nationalists.