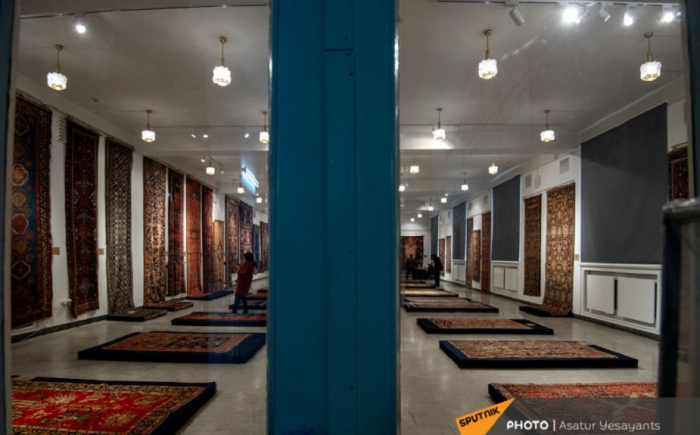 In November 2020, the whole world saw with its own eyes the true "face" of the Armenian occupiers, when they took away from Azerbaijani Karabakh everything that they could take away and burned, destroyed everything that they could not take out (including the houses of the expelled Azerbaijanis, so that they would not get legal owners).
The scale of looting and deliberate arson and destruction in Kelbajar and other areas left by the occupiers was enormous.

It turns out that the marauders are not only not ashamed of their actions, but also "proud" of them. So recently, the site nashasreda.ru appeared material by Valeria Olyunina (a well-known Armenian propagandist, though of Russian origin) "The saved soul of the Shusha carpet ..." (https://nashasreda.ru/spasennaya-dusha-shushinskogo-kovra/).

As it is supposed to "remind" on the Armenian nationalist resources regarding the foreign cultural heritage appropriated by the Armenian marauders and falsifiers, the reader is immediately "warned" in the introduction:

“We do not write here: the Armenian Shusha carpet, this is obvious. After all, until the 1970s, there was no such thing as an "Azerbaijani carpet" in the world ..."

In fact, it should be recalled that before 1918 there was no such thing in the world as an Armenian state, which was created on foreign, Azerbaijani land. And all the carpets that were produced on this land were Azerbaijani and nothing else.

But the insolence of the marauders, of course, is prohibitive. After all, there are dozens of regional varieties of Azerbaijani carpets, art critics all over the world know this. And only for the Armenian lovers to "put a paw" on someone else's, what they have stolen automatically becomes "Armenian".

Here the looters openly brag about how they took away the national treasure of Azerbaijan:

“In the National Museum-Institute of Architecture named after A.I. Tamanyan, an exhibition of rescued Shusha carpets from the collection of the founder of the Shusha Museum of Carpets in 2011, a great connoisseur of this ancient Armenian art, a former adviser to the "President of the Republic of Artsakh" Vartan Astsatryan has opened in Yerevan. As Vartan said in an interview with the Noah's Ark newspaper:

“Yes, indeed, we managed to evacuate the exposition of the museum a couple of days before the fall of Shushi. The situation itself suggested the need for such actions: the combat units of Azerbaijan approached the city of Shushi at a distance of about 4–5 km; in addition to artillery shelling, the city was hit with operational-tactical missiles, one of which exploded near the museum building and knocked out all the windows and doors. I had no other choice. I called the Minister of Education and Culture Lusine Karakhanyan and asked to provide transport for the evacuation of the museum exhibits. It was decided to evacuate closer to the night, unnoticed by enemy drones. Everything was done in great haste. The car left Shushi for Yerevan. I myself did not go. The exposition of the museum was deposited in the National Museum of Armenia. I want to point out an important component of all this. All participants in the evacuation process acted harmoniously and showed high decency. The number of exhibits was not counted, and at the same time not a single exhibit was lost "...

Of course, the marauder did not specify how these exhibits were obtained, which are falsely presented to him as “works of Armenian carpet weaving”. And they were mined as "spoils of war". As a rule, in the houses of the expelled and killed Azerbaijani civilians of Karabakh. It is not excluded that looters and murderers then had to “scrape off” the clotted blood of the murdered owners from some of the “exhibit” carpets. Those. these are truly bloody trophies.

Most of the carpets collected by the invaders in the city of Shusha captured by them, and then on the eve of the liberation of the city, illegally exported to Armenia (where also all carpet weaving was historically Azerbaijani) were created on the territory of Azerbaijan.

But of course, the marauders tried to compose "beautiful legends" about the "trophies". Similarly, in Georgian Abkhazia today, marauders from among separatists and Armenian militants tell holiday-makers from Russia beautiful tales about how their “grandfathers and great-grandfathers” allegedly built houses from killed and expelled Georgians.

Here are the stories of "trophy" carpets are composed by marauders:

“The very story of the rescue of the collection of carpets, and there are 72 of them presented here, is amazing. When the Artsakh Defense Army was still ready to defend Shushi, one of the centers of the Russian Empire along with Alexandropol and Tiflis (and the Shusha fortress was impossible to capture, it could only be surrendered), Vartan Astsatryan began to prepare for his decision to save the collection.

Today it could be used to decorate any world-class museum. These carpets are priceless because they can be used to trace the history of the Armenian people and, alas, the loss of historical lands, and try to understand its mentality. There are many secrets in the carpets themselves. In their patterns, there are symbols, signs that go into the very Armenian identity, and into the universal proto-language of all mankind. Among them, for example, the tree of life.

Among the exhibits are not only carpets, but also khurjins, and bags for dowry. Let's take a small imaginary walk through these halls, where Shusha carpets temporarily found shelter thanks to the director of the museum, Mark Grigoryan. Here is the carpet "The Star of the Virgin", created in the second half of the 19th century in Sevkar, Izhdevan region; vishapagort (carpet with dragons) from Shahmasur, Mardakert region; carpet "Astkhatab" ("Starfall") from Mushkapat, Martuni region; carpet "Seventh Day" from Alguli, Kashatagh region; khachagort (carpet with a cross pattern) from Zangezur; carpet "Metamorphosis" from Patara (Ptertsik) of Askeran region; there is a carpet from Kharberd of the 18th century from Western Armenia. Finally, the “inhabitant” of Shushi itself is the “Megu” (“Bee”) carpet, created in the second half of the 19th century...

Unfortunately, many of the artifacts kept in the carpet museum in Shushi remained captured by the enemy. But thanks to the courage of Vartan, 160 carpets were removed from Shushi ..."

160 stolen Azerbaijani carpets, many of which are priceless - this is colossal damage to Azerbaijan. This is a cultural heritage of the Azerbaijani people and it must be immediately returned to Azerbaijan. Not to mention the fact that many carpets, as we indicated above, were "mined" during the occupation of the Azerbaijani territory. To make an "exhibition" of these exhibits is like if the Nazi marauders who escaped punishment organized an exhibition of jewelry that they tore off the corpses of Jews killed during the Holocaust. However, from the fans of the Nazi Nzhdeh, nothing else can be expected. 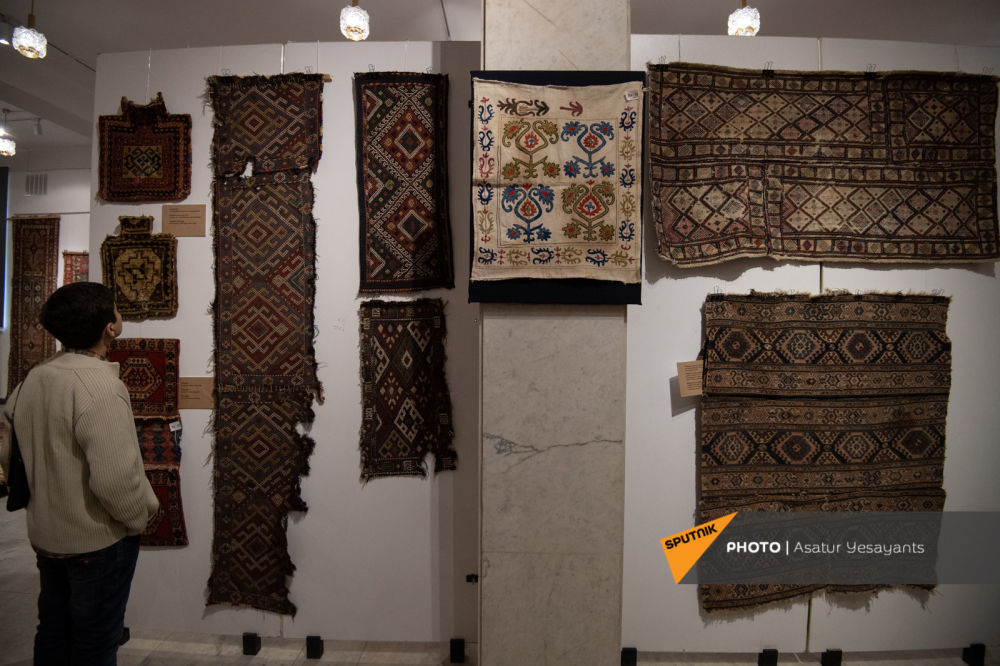 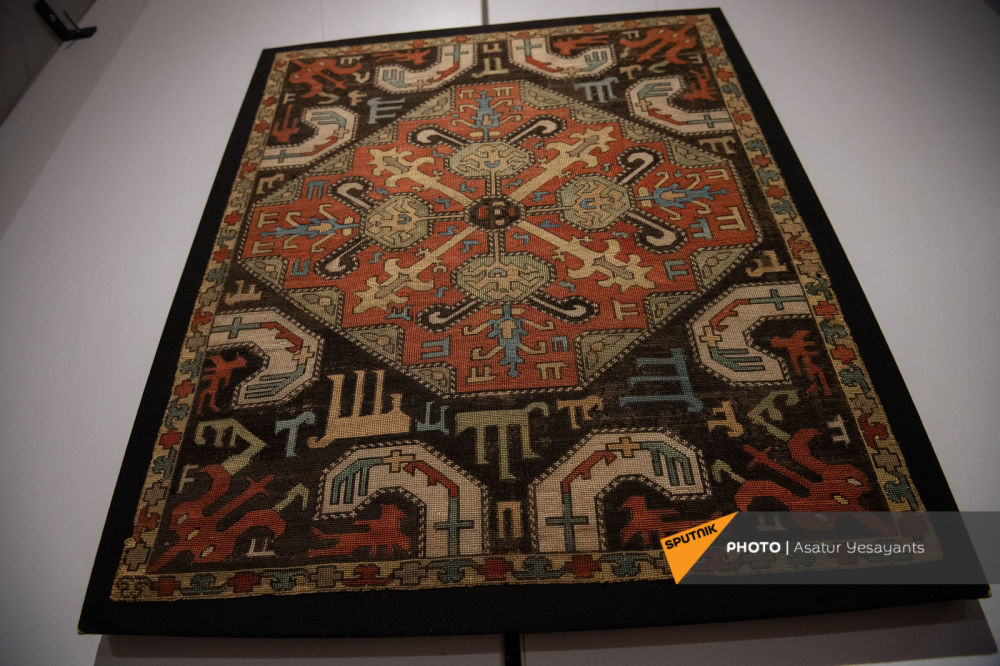 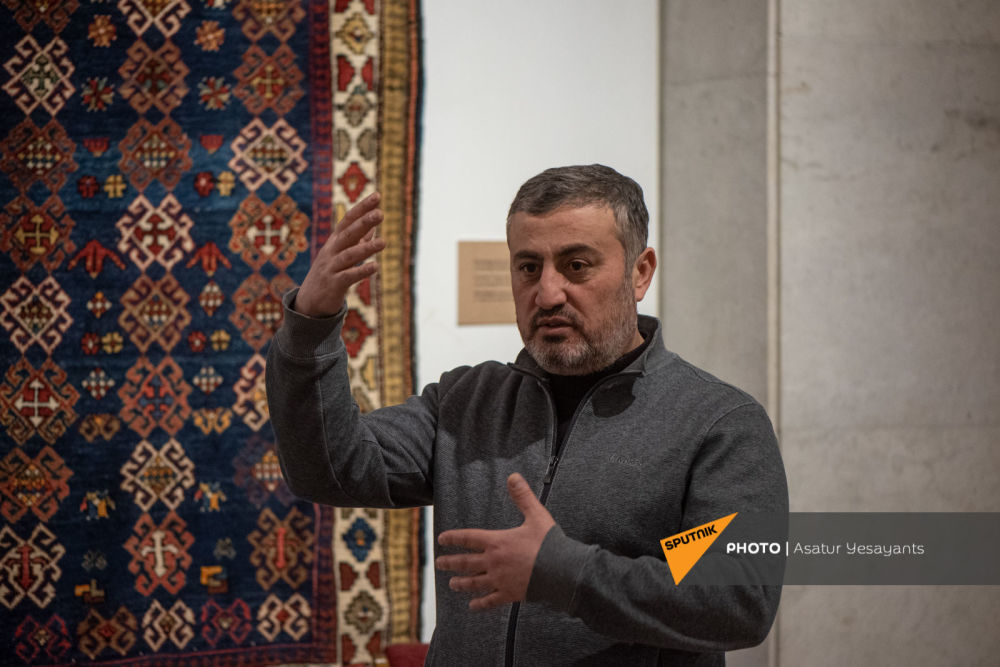 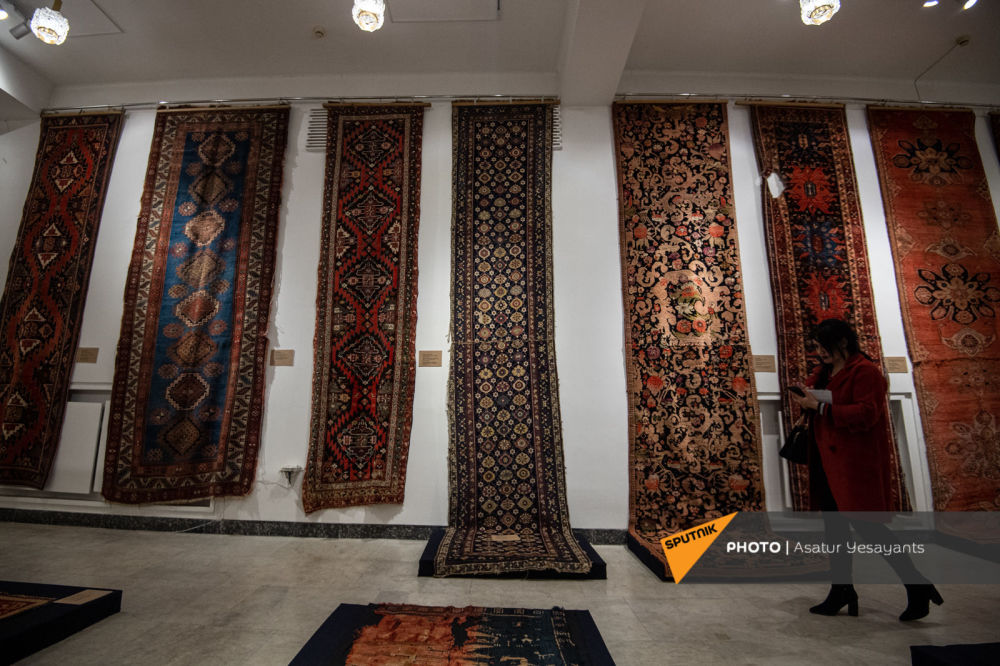