The beginning of the end of the Abkhazian 'state' 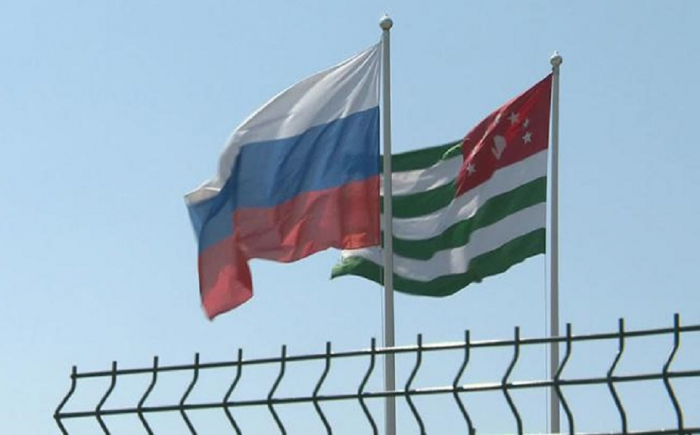 The separatists of Abkhazia are clearly being “rushed”. They are directly told that they were "fed" from the budget of the Russian Federation, given huge handouts, and turned a blind eye to transcendental corruption for a reason.

Abkhazian separatists have done their job. They tore the land "liked" by the Armenian nationalists from Georgia, expelled the Georgian brothers. Now is the time to donate their land to the "long-suffering people", whose propagandists are already hinting in plain text that the separatist puppets are sabotaging the "drain" of the Abkhazian pseudo-" statehood". This means that the puppets can simply be replaced.

At the beginning of April, the well-known "mouthpiece of Armenian propaganda" Semyon Pegov published on his wargonzo telegram channel a list of priority measures that the separatist "president" Aslan Bzhania is obliged to carry out for the de facto annexation of Abkhazia by Russia. And at the same time the mass sale of housing and land to Armenian migrants (don't be confused by the term "Russian citizens" - you know what nationality citizens dream of buying Abkhazia as soon as possible). Here is the information published by Semyon Pegov and a commentary on it: (https://t.me/wargonzo/4610)

After we posted a post from Semyon Pegov's personal channel @chvk_pegov, which said that Bzhania, who had arrested the Hero of the DPR "Abkhaz" in Sukhumi, made certain promises to the Presidential Administration and the security forces, the Abkhaz society actively began to discuss the content of this agreement.
It was about a list of 25 items, which Bzhania is in no hurry to implement. This is understandable - not everything will be popular among local elites and ordinary citizens.

But here's the proof of the veracity of our insiders - a real document. We believe it would be interesting for the Abkhaz society to know the full content of the obligations given by the president and we, of course, have an original version, but we deliberately do not publish it in full so as not to violate the Russian law on state secrets.
There are a lot of points there that relate specifically to the interaction between the law enforcement agencies. Bzhania stubbornly ignores them."

Abkhazians are forced to react to Pegov's publications. They want to believe that by some miracle the separatist "statehood" will be preserved. Although, alas, from the material of Astanda Bganba "The beginning of the end of the Abkhaz state" (https://accentnews.ge/ru/article/36352-nachalo-kontsa-abkhazskogo-gosudarstva) it directly follows that there are few chances for this. Here is the full article:

“A few weeks ago, a document was circulating on the social networks of the Abkhaz segment of various stripes, designated as a list of priorities for the Abkhaz authorities. The list is very impressive and deals with vital aspects of the activities of the Abkhaz state.
When the population passed the first shock from reading this document, there was a very reasonable doubt about its authenticity. In such a persistently distributed document there was neither a seal, nor a signature, nor even an indication of the names of Abkhaz officials who were supposed to carry out this Moscow assignment. “I can also rivet such paper in a couple of minutes. What is this divorce? Why such stuffing is done, I don’t understand! We already have a difficult position in society, the country is on the verge of collapse, but here do not understand what documents emerge, ”says our interlocutor George. The majority of Abkhaz Facebook users were of the same opinion. But there were also those who did not doubt the authenticity of the list for a minute.

“For the umpteenth time, we, the people of Abkhazia, will learn after the fact that our authorities are once again signing agreements, treaties, and all kinds of documents that are detrimental to the country. And then all the people have to disentangle them for them. This list is most likely true since the issues described there have repeatedly become the subject of very painful discussion. The original with seals and signatures, I am sure, exists. There are no fools in the Kremlin, ”says our interlocutor Lana.

As much as anyone would like to present this document as an ordinary fake, during the time that has passed since the scandal, it was possible to find out that the "list of priority tasks" is an abbreviated version of the program of the common socio-economic space, which provides for the harmonization of the legislation of Abkhazia and Russia. This is a short instruction that obliges Abkhazia to adopt legislative and administrative changes in accordance with Russian legislation in social, economic, medical, and political spheres by 2022, such as regulating the issue of dual citizenship, ensuring energy security, and many more other important things. Here is just the list very definitely and clearly spelled out not only the tasks under which the Abkhaz leadership signed up in Moscow but also the deadlines.

According to our source in the Administration of the “President” of Abkhazia, a number of questions were indeed raised at the official meetings between Putin and Bzhania. But this did not mean in any way that the “president” of Abkhazia would immediately begin to implement them since he understood that with his own hand he was putting an end to the republic and its future as an independent state.

The last such meeting of Bzhania in the Russian capital (by the way, presented to the Abkhaz society as a trip to Moscow for examination), according to the same interlocutor from the “President's” Administration, took place in a very strange format. At the level of deputy deputies, Aslan Bzhania was reminded in a rather harsh manner of the action plan he had signed earlier. “Aslan Georgievich returned home not only in a bad but in a terrible state. And since then, it is extremely rare to be in a good mood. And all this is due to the fact that he perfectly understands that he will not be able to continue pulling the bagpipes with the Russians. We need to start implementing the previously signed agreements. But it is unclear how to do this so that the people do not revolt, ”said a source in the “President's” Administration.

And so that Abkhazia has the bottom line. The main priority tasks outlined in the ill-fated Russian list state that by July 1 of this year, our state is obliged to complete the formation of common socio-economic space with Russia, with all the negative consequences ensuing for Abkhaz society. In addition, from now on, all personnel appointments in our country will be carried out only with the approval of Moscow.

Also, by mid-summer, an agreement should be signed on the transfer of convicts in Abkhazia to serve their sentences in Russian prisons, amendments were made to the discriminatory, in Moscow's opinion, provisions of the law on the state language and citizenship.

Strategic partner, friend, and neighbor Russia insists on one more point very important for Abkhazia, granting Russians the right to purchase housing in the republic by amending the Housing and Civil Codes.

“Coupled with the demand to change the law on citizenship, this is not something that smacks of Russia's seizure of our territory with subsequent alienation, this is not an attempt to appropriate our lands, but a goal that Moscow is fully identifying and realizing. I hope that now all those who thanked the Russians for their everlasting help have finally understood what price we and all future generations of Abkhazians will have to pay for this! ”Our interlocutor Roman says indignantly.

One way or another, the authorities of Abkhazia were forced to start implementing the list of mandatory priority tasks. Whether they will be able to meet the deadline set by Russia is a big question. But today we can safely talk about the beginning of the end of the Abkhaz state, which the Russians did not give the slightest chance for development and a good life." End of the article.

In general, the Russian people are nothing from Abkhaz separatism and from the so-called. "Abkhazian state" has not received and will not receive. The share of Russians in the population of Abkhazia is decreasing, and Russians will simply not be allowed to acquire real estate and take root here. As they do not give in the seemingly "Russian" Sochi, where the majority of the population is already Armenians. But the Armenian nationalists, instead of the bankrupt project of "Artsakh" and the Republic of Armenia, from which there is a massive outflow of the population, will receive their "seaside Armenia" on the lands of Georgian Abkhazia. It is no coincidence that Armenian propagandists are already filming such videos with hints about "love for the sea":

It is clear that the editor-in-chief of the IA "Realist" Sarkis Tsaturyan in this video hints at the Black Sea. And already, in fact, the Armenian nationalists managed to "catch" on its coast in Abkhazia.