'Dirty bomb' near Kutaisi from the 'nuclear power' of Armenia 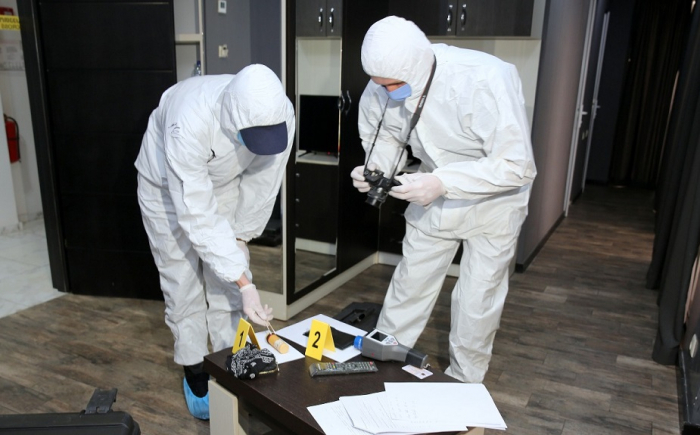 On April 16, 2021, officers of the State Security Service (SGB) of Georgia stopped an attempt to sell a radioactive substance in the city of Kutaisi, detaining two people. According to the State Security Service, the detainees planned to sell a radioactive substance worth 300,000 euros. According to the conclusion of the radiological examination, the seized container contained highly toxic americium-241.

Most often americium-241 is used in smoke detectors, and sometimes to create so-called "dirty bombs" - devices with traditional explosives containing radioactive elements that can infect a large area.

Where the radioactive materials found in Kutaisi come from, as well as other similar deadly finds, is well known. Unfortunately, Georgia has long become one of the routes for the illegal transit of radioactive materials from the neighboring Republic of Armenia, where the most dangerous man-made facility in the entire South Caucasus, the Metsamor NPP, is still operating. The second route goes to Iran.

So recently, in an interview with an Armenian public figure, Candidate of Historical Sciences, Researcher at the Institute of Archeology and Ethnography of the National Academy of Sciences of the Republic of Armenia Grigory Ayvazyan stated not only that “Armenia is the only nuclear power in the South Caucasus” but also that specialists working at the Metsamor NPP possess the dirty bomb. An excerpt from this interview:

The danger that the components of the "dirty bomb" will be illegally transported from Armenia to Georgia and here this "dirty" bomb will be used, killing and poisoning hundreds of thousands of people with radiation and making thousands of square kilometers of Georgian land uninhabitable.

It is very alarming that radioactive materials that can be used to create a "dirty bomb" have been discovered right now in Kutaisi.

It is known that both the pro-Armenian and pro-Russian "fifth column" inside Georgia and the Armenian lobby are against this project, as well as against the economic cooperation between Georgia and Turkey, which will ensure the energy independence of Georgia. And what if the Armenian terrorists also have a plan to use a "dirty bomb" in the construction zone of the Namakhvani hydroelectric power station to make this territory unsuitable for either economic activity or human life? The question is by no means rhetorical, but very frightening.

The Georgian and international community should raise the issue of the immediate closure of the Metsamor nuclear power plant, as it is mortally dangerous for the entire region of the South Caucasus. It is necessary to take under strict international control both the Metsamor NPP itself and all storage facilities for radioactive waste and radioactive materials.