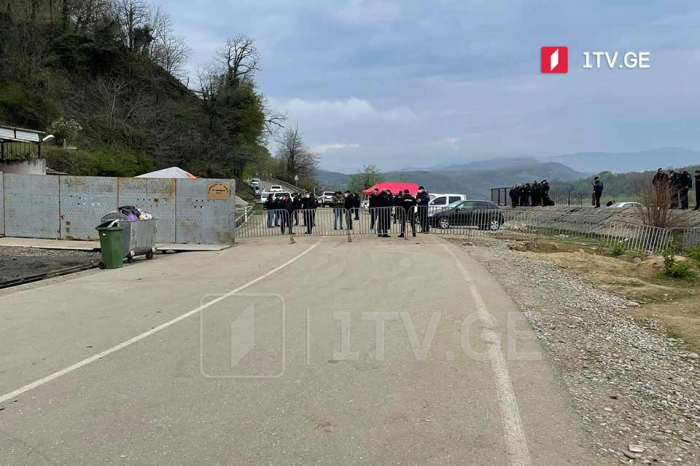 Locals protesting against the construction of Namakhvani HPP have gathered in Gumati village since morning and continue their protest.

Law enforcers removed one part of iron constructions from the road leading to Namakhvani village. However, some barriers remain placed blocking the road. Movement in direction of the village is prohibited.

Anti-HPP protesters also blocked the road by cars. Locals are waiting for the decision from the government. They claim that a dialogue will take place after their demands are satisfied.

Anti-HPP protesters have been holding rallies for several months. The opponents of the HPP are concerned about HPP construction could harm the environment. They demand the Economy Minister’s resignation and direct involvement of PM Irakli Garibashvili in the negotiation process.