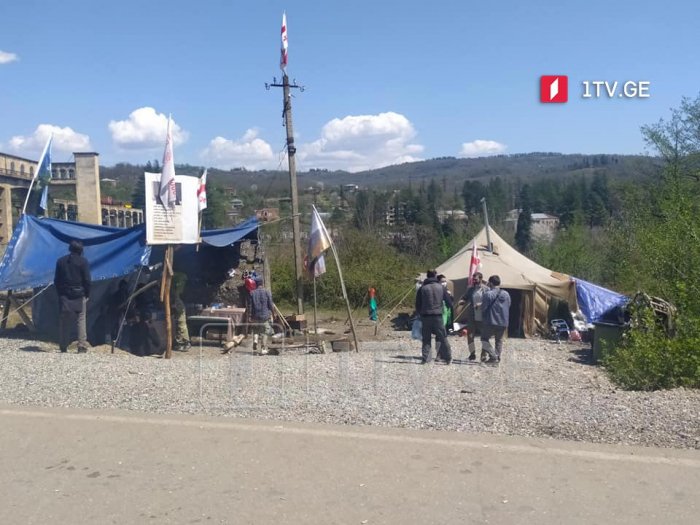 The anti-Namakhvani HPP construction protesters continue rallying in the village of Gumati. Law enforcers remain on the spot. The metal fences block the access road to Namakhvani HPP.

One of the rally organizers, Varlam Goletiani, noted they are waiting for the government’s decision after yesterday’s meeting. The dialogue will continue once their demands are met.

“We expect the government to fulfil the conditions we set at the meeting. These are our fundamental rights, so there is a need to meet these conditions in order to create a space for dialogue. If the preconditions are not met, we will continue to protest. Their choice is to get a large-scale protest or turn this story into a constructive dialogue, but they have to make significant concessions. If repressions continue and we are not allowed to protest, it will throw the process out of logic. We are looking forward to them taking concrete steps to meet our three requirements. First of all, the ENKA construction company should stop the pre-construction works in the Rioni gorge. Second, the metal barricades should be removed, and we should be able to move to Namakhvani and set up tents on the old protest site,” said Varlam Goletiani.

Anti-Namakhvani HPP protesters and representatives of the Georgian government and MPs instructed by PM Garibashvili held a closed-door meeting to defuse tensions at the local administration in Imereti on April 15.

Anti-HPP protesters have been holding rallies for several months. Protesters demand the Economy Minister’s resignation and direct involvement of PM Irakli Garibashvili in the negotiation process.