President of Armenia arrives in Tbilisi 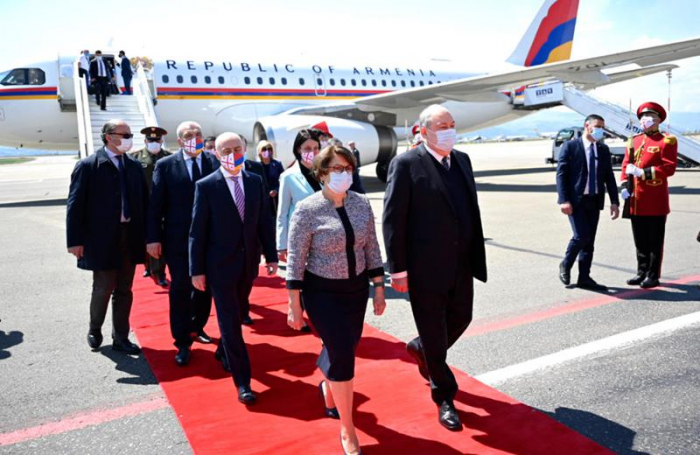 The President of the Republic of Armenia Armen Sarkissian has arrived in Tbilisi for an official visit.

The official welcoming ceremony will be held at the Orbeliani Palace.

A meeting is also scheduled between the President of the Republic of Armenia and the Speaker of the Parliament of Georgia.

During the official visit, the President of Armenia will visit an Armenian Cathedral.