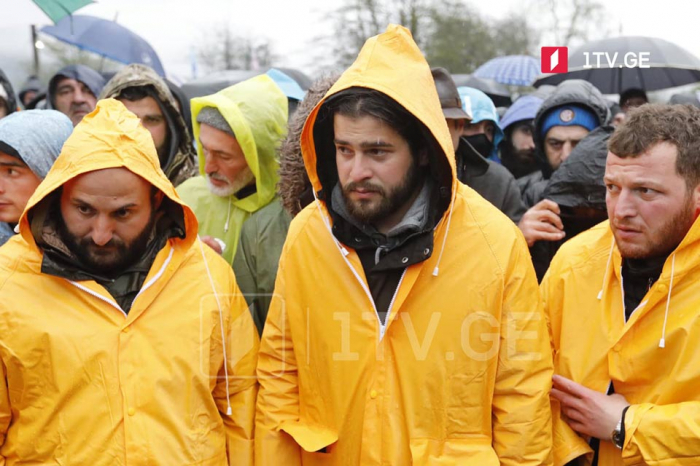 The anti-Namakhvani HPP construction protest is ongoing in the village of Gumati since this morning.

According to the rally organizer, Varlam Goletiani, the protesters are still calling on the Ministry of Internal Affairs to allow them to hold a rally in the village of Namakhvani. The protesters promise to picket all Georgian regions if the government does not meet their demand. “If our demand does not to be taken into account,  then we will move to the capital from all regions and hold permanent rallies,” he said.

Protesters expressed readiness to talk to the authorities only if the dialogue takes place in Namokhvani.