Support for revanchism in Armenia is another mistake of Russia 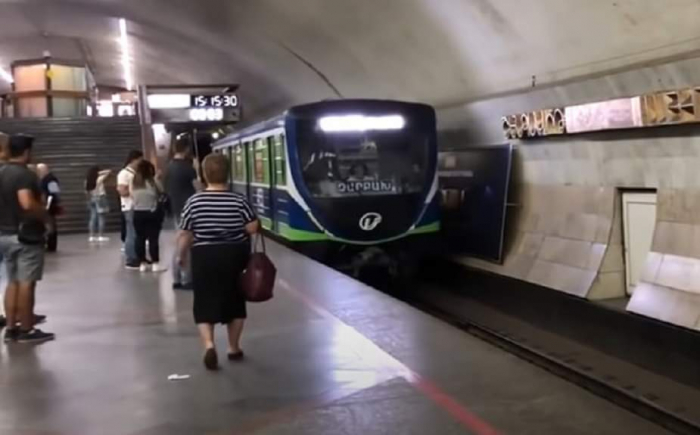 It became known that the signs in Russian were being removed in the Yerevan Metro, leaving only those made in Armenian and English. Signs in Russian have already been removed at the stations "Marshal Baghramyan", "Republic Square", "Zoravar Andranik" and "Shengavit". Russian Ambassador to Armenia Sergei Kopyrkin has so far refused to comment on the removal of Russian-language signs in the metro of the Armenian capital. According to him, he needs time to fully familiarize himself with this problem.

It seems that the Pashinyan regime is finally betting on Russophobia and a turn away from Russia. There is no other way to explain that the Russian inscriptions in the Yerevan metro are being removed at the very time when Armenia's dependence on Russia, immersed in the economic crisis, is becoming critically important and, moreover, on the eve of early parliamentary elections.

The fact that Pashinyan was originally a "sorosist" was a Russophobe is no secret to anyone. But let us ask ourselves the question, is not Russia itself, as well as the Armenian diaspora in Russia, to blame for what is happening in the Republic of Armenia now?

After all, it is obvious that Russia has made an unequivocal stake on "revanchists", on Robert Kocharyan, his Karabakh clan, and other absolutely insane forces of "yesterday", moreover, stained with blood.

It turns out that a new identification for Armenians is being artificially built. "If you are for an alliance with Russia, then you are a revanchist."

However, revanchism and war are deadly for the Armenian people and the Armenian state. This is already obvious today. Even if the revanchists come to power, they will drag Armenia into another catastrophe, into a new military adventure. Moreover, linking it with "reliable for Russia." In the long term, this will be a disaster for Russian influence in Armenia for all future times.

And without that, Armenian nationalists today blame Russia for all their mythical “suffering”, including the notorious “genocide”. And a new national catastrophe, if it is arranged by Kocharyan and others like him, will definitely link an act of military revenge with the failed "reliable for Russia." Does Russia need this?

Russia must now react to new realities in the South Caucasus region, new trends. On April 13, President of Azerbaijan Ilham Aliyev offered Armenia to conclude a peace treaty and jointly participate in promising regional projects that could give impetus to the economic revival of the Armenian state, which will thus come out of the blockade. Why is Russia also not pushing Armenia towards the only correct strategy for the Armenian people for reconciliation and cooperation with neighbors, and through them - with Russia? Without "turk", "azerbaijani", "russian" and "Georgian phobias", without claims to foreign lands.

Russia should support, even if not Pashinyan, those health forces in the Republic of Armenia who are against war, against thoughtless nationalism, against unfounded claims to neighbors who want peace and cooperation with neighboring countries, and also want to participate in transit projects. The very ones in which Russia itself is interested.

After all, it is obvious that the shortest route through Azerbaijan and Zangezur to Turkey will ultimately benefit the Russian economy as well. Therefore, instead of today “taking offense” at the Pashinyan regime and supporting absolutely insane revanchists as an alternative to it, it is important for Russia to radically reconsider its policy in the South Caucasus.

Fortunately, in the Russian Federation, there are arguments from the expert community that the Russian Federation needs to abandon its bet on revanchists, separatists, and those who want to redraw borders everywhere, including in Armenia. On the contrary, Russia needs to support in every possible way those forces that, being friendly to Russia, also advocate the territorial integrity of states in the South Caucasus, the opening of the border, mutually beneficial cooperation, and reconciliation of peoples.