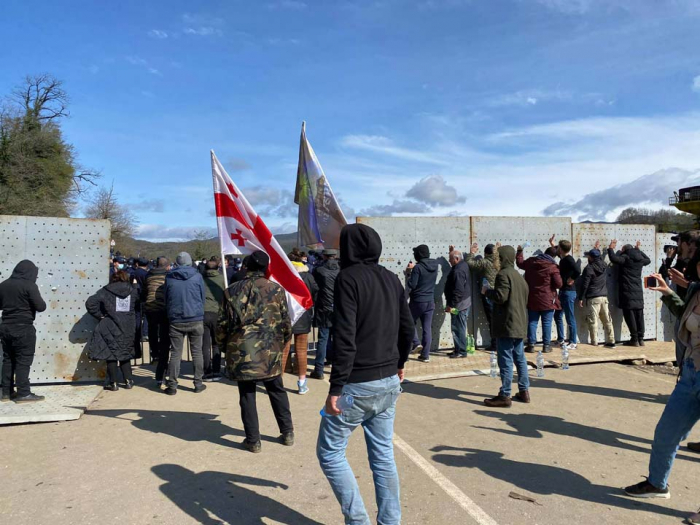 Rioni Gorge residents were storming metal fences the police erected earlier this morning. The event resulted in a skirmish between the police and protesters.

Anti-Namakhvani HPP protester Varlam Goletiani claimed blocking the road to the Namakhvani village would not impede the protest. Goletiani said the police erected the metal fences, aiming to suppress the protest.

Rioni Gorge residents are protesting the construction of Namakhvani HPP by Turkish company ENKA for approximately five months. Anti-HPP activists are concerned about the HPP construction could harm the environment.