Are they calling for the construction of reservoirs for the "water war" in Armenia, and is it "forbidden" to build hydroelectric power plants in Georgia? 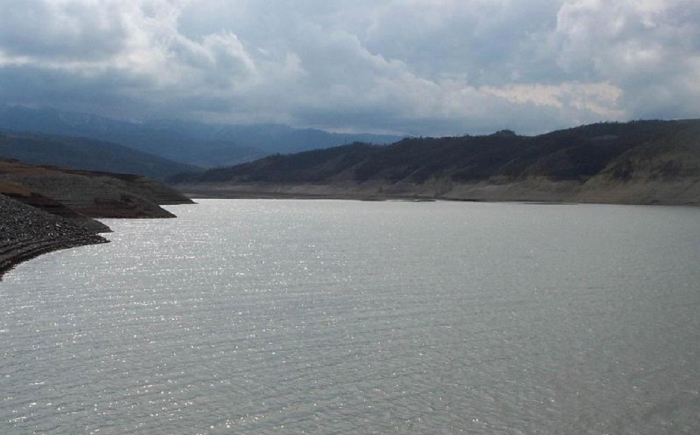 It is strange why the Georgians, who today, under far-fetched pretexts, oppose the development of hydropower and the construction of new hydroelectric power plants (in particular the Namakhvani hydroelectric power station on the Rioni River) only on the grounds that a Turkish company is an investor, do not think the double standards of their Armenian "friends and well-wishers"?

With regard to Georgia, they worry that "the Turks will flood the Georgian lands with reservoirs." Say, the reservoir of the hydroelectric power station will change the climate and damage the environment. It would seem that then there should be much more indignation regarding the construction of new hydroelectric power plants and reservoirs in Armenia itself. After all, the territory of Armenia is smaller than that of Georgia and the reservoirs will flood much more “critically valuable” farmland.

But here the position of the Armenian nationalists regarding the development of hydropower in the Republic of Armenia itself, the construction of hydroelectric power plants and reservoirs is completely opposite - they are in favor of new facilities. Which, in principle, is not surprising and logical from the point of view of Armenia's interests. After all, the Metsamorka NPP, which is critically dangerous for the entire region of the South Caucasus, will inevitably need to be closed. Armenia has no other sources of electricity that would make it possible to compensate for the decommissioning of nuclear power plants. So new hydroelectric power plants will have to be built, in Armenia, they understand this and are rapidly developing new projects for such stations.

However, Armenia intends to build new hydroelectric power plants and dams not only for the sake of generating electricity. The Armenian nationalists have a much greater interest in the "delay" in the territory of the Republic of Armenia of the scarce water resources in the southeast of the Caucasus. Including in order to then carry out in this way "water blackmail" of neighboring countries, same Azerbaijan.

In principle, the Armenian side has already resorted to the practice of using water resources as a "climate weapon" in the territories of Azerbaijani Karabakh occupied by it until recently. In particular, the Armenian occupants used the reservoirs on the Terter River (Sarsang and Madagiz or Sugovushan) in order to retain water in the summer, when Azerbaijani farmers needed it for irrigation, and vice versa, to release it in winter, flooding the farmland downstream of the Terter River on the unoccupied the territory of Azerbaijan. Now the dam of the reservoir in Sugovushan is completely under the control of Azerbaijan, while the Sarsang reservoir is temporarily in the zone of responsibility of the Russian peacekeepers, but the Armenian side is already deprived of the opportunity to carry out its "water terror" here.

Having lost the possibility of "water blackmail" on the Azerbaijani river Terter (the entire basin of which is located on the territory of Azerbaijan), the Armenian side today is actively considering the possibility of keeping water resources and "water terror" on other rivers. Armenian media are openly writing about this today and their "ideas" are relayed by the lragir.am resource close to Prime Minister Nikol Pashinyan.

“There is a fundamental hypothesis in political analytic circles that future wars will be over freshwater resources. In the Middle East, where almost all countries have a water problem, this problem is especially acute. Turkey in this matter is behaving more aggressively than others. It blocks the Tigris and Euphrates rivers, creating problems for the states south of its borders. Armenia is also not immune from this policy of Turkey. As of March 30, the largest reservoir in Armenia, Akhuryan, this year is filled by 116 million cubic meters less than in the same period last year. While neighboring Turkey is building reservoirs with great intensity, water flows from the territory of Armenia to Azerbaijan, and only Azerbaijanis use the Jokhaz reservoir. As a result of the recent war in "Artsakh", some important water sources in the water supply system of Armenia were also transferred to Azerbaijan. According to some estimates, about 6 billion cubic meters of freshwater flows outside Armenia annually. The state, which has declared agriculture a priority branch, is simply obliged to give impetus to the construction of reservoirs. This process is expensive, but the results will be many times greater than the costs. ”

According to the standard provocative method, accusing its neighbors of allegedly "water war", Armenia intends to wage such a war itself. Those. It is quite possible that new reservoirs will be intensively built on the territory of the Republic of Armenia, and the flow of rivers flowing to Azerbaijan, and possibly to Georgia (the Debeda River), will be "intercepted". And none of the Armenian nationalists and ecologists is worried that tens of square kilometers of land will be flooded in this way. The main thing for them is to leave their neighbors without water.

And when the same “experts” begin to “worry” that reservoirs with a total area of ​​less than 6 square kilometers will be built in western Georgia, which will nevertheless allow regulating the flow of the Rioni River, whose lower reaches regularly suffer from floods, then double standards are evident.

Armenia wants to develop its hydropower industry and “manage” the region's water resources, including to the detriment of its neighbors, while Georgia, it turns out, has no right to dispose of its own water resources and attract investors “not coordinated” with its Armenian neighbors!

The cynicism of this position is obvious. And it is surprising that many sincere patriots of Georgia do not notice him, who, with hysterical propaganda against the construction of the Namakhvani hydroelectric power station, made them doubt the need for economic development and ensuring the energy security of their own country.