Nikoloz Samkharadze: We call on the international community to continue to provide effective support for peace and sovereignty in Georgia and Ukraine, which is crucial for stopping the Russian aggression 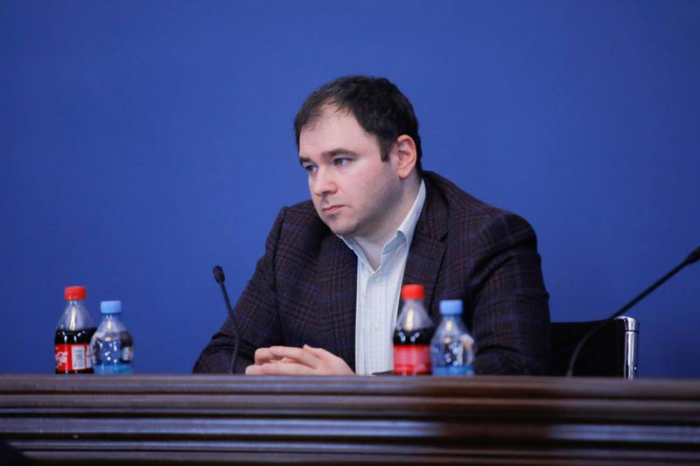 "We, the Parliament of Georgia, are deeply concerned about Russia's growing violations of ceasefire in eastern Ukraine," Nikoloz Samkharadze, Chairman of the Parliamentary Committee on Foreign Affairs, said in his speech at the plenary session.

According to him, Georgia is ready to unite with Ukraine against Russia's expansionist aspirations in the international arena.

"I would like to comment once again on the rather dangerous events in Ukraine, which are caused by the provocative actions of the Russian Federation. We, the Parliament of Georgia, are deeply concerned about the growing violations of ceasefire by Russia in eastern Ukraine, which have been compounded by the recent large-scale mobilization of Russian troops in Crimea and on eastern borders of Ukraine. We are watching the developments closely, we can clearly see Russia's usual and very dangerous behavior, that is the extreme escalation of the conflict”, said Samkharadze.

According to him, the occupation by the Russian Federation, gross human rights violations and their devastating consequences have become a daily occurrence for both Ukraine and Georgia.

“Russia's actions and its policy towards its neighbors pose a threat not only to the Black Sea region, but also to the European security as a whole. We welcome and support the deepening of relations between NATO and Ukraine, and support the increased engagement of the Alliance in the Black Sea region, which we see as a guarantee of peace, stability and security. We also call on NATO to speed up the process of accession of Georgia and Ukraine. Ukraine should not be left alone against the Russian aggression. Therefore, we call on the international community to continue to provide effective support for peace and sovereignty in Georgia and Ukraine, which is crucial for stopping the Russian aggression," Nikoloz Samkharadze said.