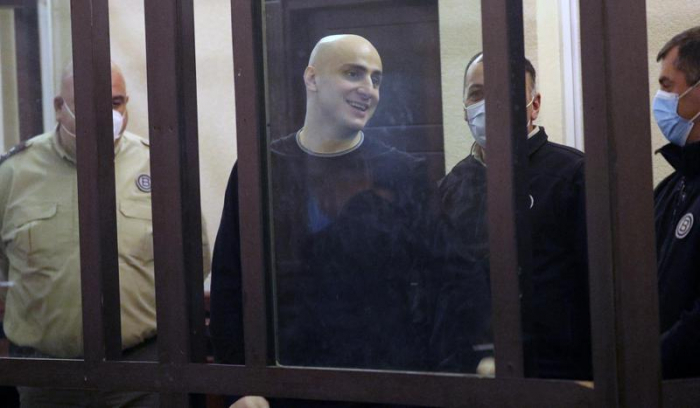 According to Nika Melia, Chairman of the United National Movement, he lost 19 kg in prison.

Before the trial, opposition leader Gigi Ugulava told Melia he was "in good shape," to which Melia replied by saying that he had "lost 19 kg."

The trial of Nika Melia is underway in the Tbilisi City Court.

Defendant Nika Melia is attending the trial. He had been expelled from the courtroom, however, based on the motion of the lawyers at the last hearing, the judge allowed him to attend the trial today.