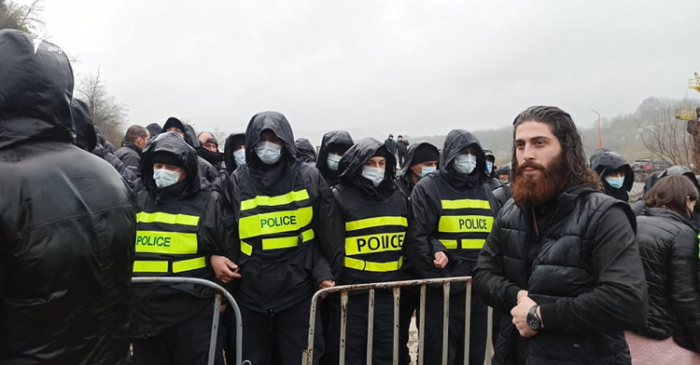 Georgian Economy Minister Natia Turnava says that the government has plans to hold ‘a large meeting’ in the coming days with all interested parties regarding the controversial NamakhvaniHPP project.

Residents of Rioni Gorge in western Georgia have been protesting the construction of NamakhvaniHPP by Turkish company ENKA for about 170 days.

168-day protest against Namakhvani HPP continues in Gumati village after police remove protesters’ tents
They say that the Georgian government signed a ‘cabal agreement’ with the Turkish company back in 2019 which is 'against the state interests' and poses ‘serious threats’ to the environment.

Georgian law enforcers dismantled protesters’ tents in the village of Namakhvani yesterday, citing possible threats of flooding as the reason.

What do we know about the controversial HPP (scroll down the story)?
The demonstrators who have accused the government of ‘deliberately hampering a peaceful protest’ held a rally in the village of Gumati earlier today and urged people to join them.

They have tried to break through the police’s barrier to Namokhvani with their hands up. However, when situation got tense the demonstrators decided to march to ENKA office near Kutaisi to call for the company not to build HPPs in Georgia.

Now they are marching to ENKA office.

Turnava, who previously stated that the country’s energy independence is dependent on the project, said earlier today that the large meeting will be held with NGOs, scientists, experts and everyone interested in the project.

We will meet everyone who are able to contribute for improvements in the current project of Namakhvani HPP,” Turnava said.
She stated that ENKA has presented ‘a long list’ of studies about the impact of Namakhvani HPP and added that the government is ready to share the studies to interested parties.

Georgian Prime Minister Irakli Garibashvili stated earlier today that the people 'should be given qualified and professional responses.'

He instructed Turnava to arrive on site and communicate with protesters.