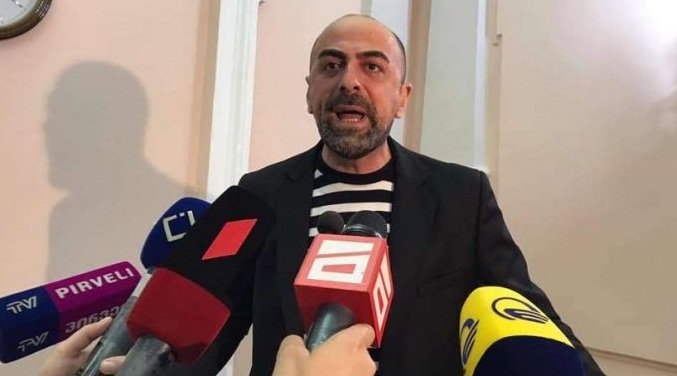 Former director of Batumi boulevard in western Georgia Irakli Jincharadze says that he has been dismissed because of his critical views of construction on the boulevard and opposing a several-year lease of coastline on the central part of the boulevard.

Jincharadze says that he learnt about his dismissal via a local TV and only after, yesterday, did he receive an official notice from the Ministry of Economy of Adjara.

has cited the Adjara Ministry of Economy as saying that he was fired because of violations detected by a local audit agency.

The ministry says that money was wrongly transferred during the laying of pavement on the boulevard several years ago, when I served as a deputy director of the boulevard,” Jincharadze said.
He has plans to appeal his dismissal.

Of course I will appeal the decision. Batumi should be saved. I will neither join the opposition or enter politics. I will just fight for my city,” Jincharadze said.
Batumi City Assembly is considering leasing 3,380 square meters of beach to Batumi Tower for 15 years.

has stated that the boulevard should remain a public space available to everyone.

The Georgian Public Defender’s Office is looking into the case of Jincharadze’s dismissal.