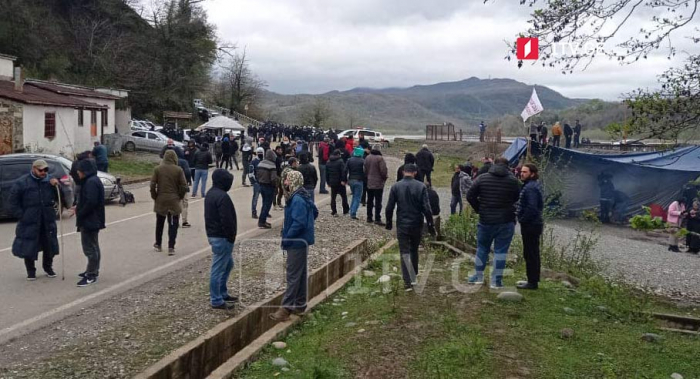 The protesters demand entry to Namakhvani village to continue a peaceful protest there.

“Police raided the tents in the village aiming to hinder us from rallying there,” a rally participant Varlam Goletiani said.

The police officers said they removed protesters’ tents in the village due to the expected water level rise near Namakhvani on Sunday.

Anti- HPP protesters blocked the road in the Gumathesi settlement following the Ministry of Internal Affairs’ decision to remove the tents in the village.

Protests against the Namakhvani HPP construction in the Rioni Valley have been underway for months now. Anti-HPP activists are concerned about the HPP construction that could harm the environment.