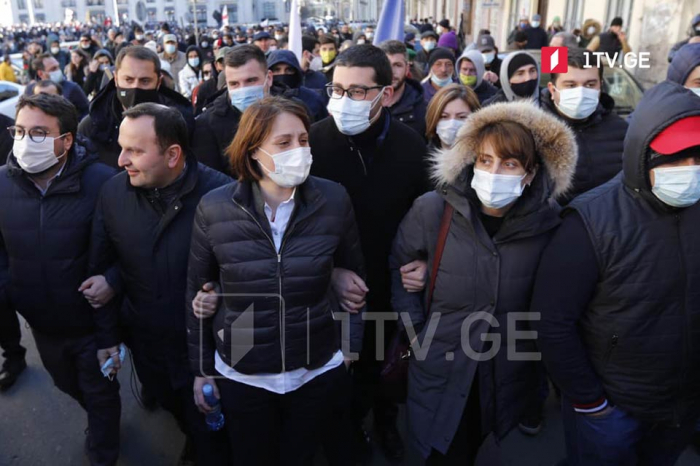 The opposition will begin picketing the state institution buildings from March 2. Khatia Dekanoidze, a member of the United National Movement (UNM) party, announced the opposition plans at a rally in front of the Parliament building.

According to Khatia Dekanoidze, the opposition will picket the Parliament building on March 2. Another picket is planned at the Governmental Administration building on March 5 to reach out to Prime Minister Irakli Gharibashvili, a distinguished servant of Bidzina Ivanishvili (former GD Chair), Dekanoidze said.

A protest rally will be held at the Ministry of Internal Affairs (MIA) on March 9. “The MIA arrests activists and violates human rights,” Dekanoidze said.

The City Court, which turned into the “main symbol of injustice and political persecution,” will be blocked on March 11.

A protest rally will be held again at the parliament building on March 13. “This will be a crucial march for freedom,” Khatia Dekanoidze claimed.